Rubin "Hurricane" Carter, left, knocks out Italian boxer Fabio Bettini in the 10th and last round of their fight at the Falais Des Sports in Paris, Feb. 23, 1965.
AP
By Nolan Feeney

Rubin “Hurricane” Carter, the famous boxer who served 19 years in prison before his exoneration after being wrongfully convicted of murder, died at home Sunday at age 76.

Carter’s friend and former co-defendant John Artis confirmed the news to the Associated Press. Carter died in his sleep after a battle with prostate cancer.

Carter was twice convicted of shooting three people in a Paterson, N.J., bar in 1966, two years after losing boxing’s middleweight championship. Prosecutorial misconduct involving racial bias and withheld evidence led both verdicts to be overturned in 1985.

Carter’s quest to clear his name attracted international attention. Amnesty International called him a “prisoner of conscience,” and the case inspired Bob Dylan to write the protest song “Hurricane.” The story of Carter’s life was turned into a Hollywood film, The Hurricane, in 1999, starring Denzel Washington. 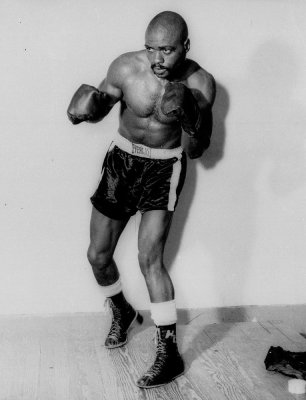