Afghan presidential candidate Abdullah Abdullah speaks to the media after voting at a polling station in Kabul on April 5, 2014
Ahmad Masood—Reuters
By Nolan Feeney

Abdullah, a former Foreign Minister who ran against outgoing President Hamid Karzai in the last election, has 44 percent of the votes that have been tallied so far, the Associated Press reports. Abdullah’s closest competitor, former Finance Minister and World Bank official Ashraf Ghani Ahmadzai, has received 33.2 percent of the vote. Either candidate will need to secure more than 50 percent of the vote to avoid a runoff election.

Afghanistan’s Independent Election Commission announced the results, which represent close to half of the approximately 7 million votes cast in the April 5 election. Final election results are expected on May 14.

The victor will oversee Afghanistan through a period of transition as the U.S. and other NATO countries are expected to withdraw troops from the nation. Both candidates have called for a new start with Western countries and have promised to sign a U.S. security pact with which Karzai has refused to agree. 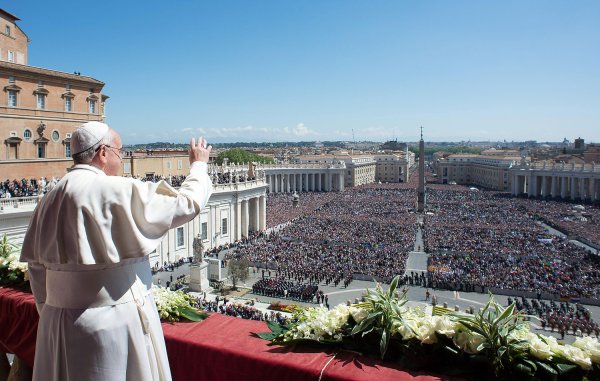 Pope Prays for Peace
Next Up: Editor's Pick