After troubled pop star Justin Bieber’s spate of legal troubles earlier this year, the American people petitioned their government to deport the Canadian citizen from the United States. Nearly three months later, they have their response from the Obama administration: no comment.

Almost 275,000 people signed a petition on the White House website in January to “Deport Justin Bieber and revoke his green card.” “Sorry to disappoint, but we won’t be commenting on this one,” the White House wrote in its response, posted Friday. “The We the People terms of participation state that, “to avoid the appearance of improper influence, the White House may decline to address certain procurement, law enforcement, adjudicatory, or similar matters properly within the jurisdiction of federal departments or agencies, federal courts, or state and local government in its response to a petition.”

But the White House did use the opportunity to plug its call for comprehensive immigration reform, which remains stalled in Congress. “Independent economists say immigration reform will grow our economy and shrink our deficits by almost $1 trillion in the next 20 years,” the unsigned blogpost states. “For those of you counting at home, that’s 12.5 billion concert tickets—or 100 billion copies of Mr. Bieber’s debut album.”

On the substance of the matter, as we reported in January, Bieber’s multiple alleged offenses are unlikely to warrant deportation. He resides in the United States on an O-1 visa, which is reserved for “individuals with an extraordinary ability in the arts or extraordinary achievement in motion picture or television industry,” and only violent crimes and sentences longer than 1 year would result in a re-evaluation of his visa status. 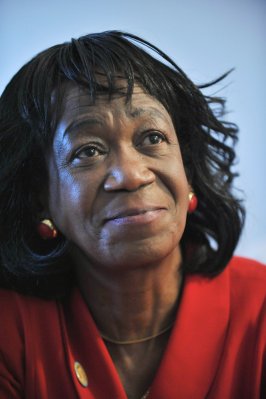 Barack Obama's Aunt Has Died
Next Up: Editor's Pick