More and More Couples Are Engaging in This Risky Online Behavior

Instead of getting roses or chocolate for Valentine’s Day this year, why not give your significant other your Facebook password? Apparently everybody’s doing it.

A new survey by the Pew Research Center’s Internet and American Life Project shows that couples that are married or in committed relationships are growing increasingly comfortable sharing their passwords with each other. Sixty-seven percent of Internet users in a committed relationship have shared the password for at least one online account with their partner. Some have gone a step further by creating joint accounts. Twenty-seven percent of Internet users in a relationship have a shared email account with their partner, while eleven percent of those who use social media sites share a joint profile.

Couples’ heavy use of tech tools hardly ends there. Twenty-five percent of Internet users say they’ve texted their significant other while they were both at home, and nine percent say they’ve resolved an argument online or via text. Tech can also be a source of tension, though, with a quarter of respondents saying that they felt their partner had been overly distracted by their cell phone at some point.

Predictably, these habits are more common among Millennials. Forty-five percent of Web users aged 18-29 who are in a relationship sa the Internet has affected that relationship, while just one in ten adults over 65 say the same thing.

Before you go offering up your Netflix password (or something even more intimate) as a sign of your undying devotion, though, consider what might happen if things in the relationship go south. Spurned lovers have been known to hijack exes’ accounts and impersonate them online, and stories of explicit photos falling into the wrong hands are all too common. 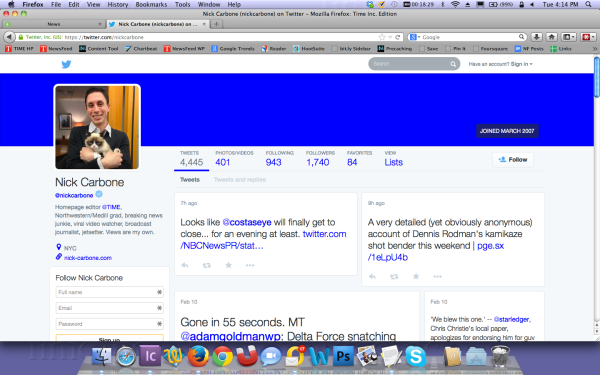