The National Archives released a fresh batch of newly unsealed Clinton administration documents Friday, including one that may shed some light on the origins of Hillary Clinton’s famous description of a “vast right-wing conspiracy” targeting her husband.

In 1998, then-First Lady Hillary Clinton came to the defense of Bill by decrying what she described as a “vast right-wing conspiracy” to drum up imagined White House scandals. She was mocked by conservatives for her use of the phrase as the Monica Lewinsky scandal unfolded.

The newly-released, undated document—which comes from thousands of Clinton-era documents whose disclosures are being closely watched for any impact they could have on a possible 2016 presidential campaign by Hillary Clinton—comes from the office of Jane Sherburnem. She served as special counsel to the Clintons from 1995 to 1997 and quarterbacked the administration’s response to a spate of ethics investigations and accusations of impropriety that originated in the conservative press.

“The controversy surrounding the death of Vince Foster [a longtime Clinton confidant whose suicide fueled right-wing speculation for years] has been, in large part, the product of a well-financed right-wing conspiracy industry operation,” the document says. It goes on to describe the “Wizard of Oz” role played by Richard Mellon Scaife, a billionaire who funded numerous conservative and anti-Clinton organizations.

Elsewhere, the document seeks to track the origins of right-wing accusations against the Clintons from fringe political newsletters to the mainstream media, often through what was still then a new and exciting form of communication.

“The right wing has seized upon the internet as a means of communication its ideas to people,” the document says. “Moreover, evidence exists that Republican staffers surf the internet, interacting with extremists in order to exchange ideas and information.” 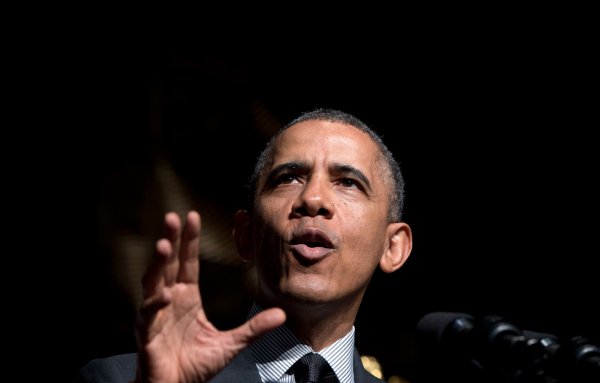 President Punts on Pipeline
Next Up: Editor's Pick