Disturbing Stuff Happens When You Use Bing for Chinese-Language Searches

Bing is accused of filtering Chinese-language search results for users outside of China itself.
Elaine Thompson—AP
By Per Liljas

Microsoft’s search engine Bing appears to be censoring information for Chinese-language users around the world in the same way as it does for users in mainland China, media reports say.

Anticensorship campaigners at GreatFire.org say that searches for what Beijing regards as controversial terms — such as Dalai Lama, June 4 (the date of the bloody Tiananmen protests in Beijing in 1989) and Falun Gong — return vastly different results when conducted in Chinese instead of English.

While an English search for Dalai Lama directs you to the Tibetan leader’s homepage and Wikipedia page, the results of a search for 达赖喇嘛 are topped by the Dalai Lama’s entry in China’s heavily censored Wikipedia rival, Baidu Baike, as well as a link providing details of a documentary by the state-controlled broadcaster CCTV. Additionally, English searches turn up images of the Dalai Lama while Chinese searches do not.

A Google search will render similar results, whichever language the search term is written in.

“What you get is state-controlled propaganda,” Charlie Smith, co-founder of GreatFire.org, told the Guardian. “Except they don’t tell you the results have been censored. If you were in China, they would at least tell you that.”

In a response, Bing’s senior director Stefan Weitz says that “Bing does not apply China’s legal requirements to searches conducted outside of China,” and blames a system error for triggering “an incorrect results removal notification.” He also adds that Microsoft, as a signatory to the Global Network Initiative, is working to protect and advance freedom of expression and privacy on the Internet.

GreatFire.org maintains that Microsoft is “trying to cover up their complicit involvement in China’s attempts to cleanse the worldwide web of any negative information about the Middle Kingdom,” and urges the company to stand up to Chinese censorship.

The post has been updated to include responses from Bing and GreatFire.org. 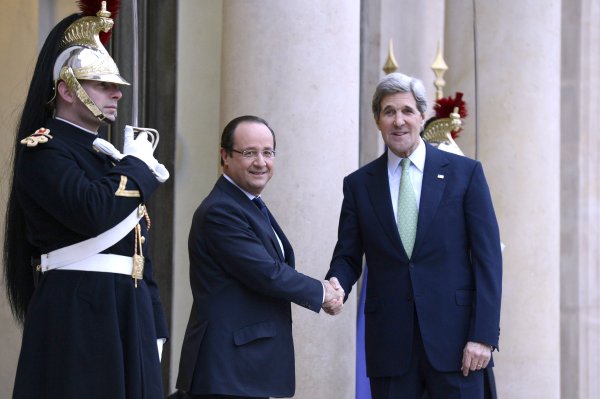 U.S. to France: Je T’Adore
Next Up: Editor's Pick