The once-ubiquitous drive-in restaurant–you know, the kind with rollerskating waitresses–will be seen again very soon in all parts of the country, even in states where you wouldn’t want to eat outside for much of the year.

However, that’s where the expansion leveled off. Here we are, six years later, and the Sonic website lists the number of locations as simply “more than 3,500.”

It’s understandable that Sonic’s growth might slow substantially of late. The company’s franchise expansion stalled around the time of the Great Recession, when business slowed across a wide range of industries. Over the past five years or so, fast food lunch and dinner sales totals have generally plateaued, and a perception has taken hold that perhaps we’re reaching the point when American consumers just can’t handle any more fast food burger joints.

What’s more, Sonic stands out in the crowded field due to its drive-in feature, in which customers pull up into parking spots in their cars, place their order, and wait for one of the restaurant’s old-fashioned “carhop” staffers to delivery the food. It’s a charming custom, but the charm wears off when, say, it’s 20 degrees and there’s 18 inches of snow on the ground.

“The main difference that sets drive-ins and drive-thrus apart is that the demand for drive-ins is more heavily dependent on the weather,” Hester Jeon, an analyst with IBIS World, explained recently to Marketplace. “Sonic’s business dips pretty dramatically during the colder months.”

So another reason that Sonic’s growth slowed is that it was running out of warm-weather spots to open up more franchises. The company is based in Oklahoma, and its restaurants have traditionally been concentrated there and in Texas, Mississippi, Tennessee, and throughout the South—pretty much everywhere that spring starts early and the chill of fall sets in late.

Nonetheless, Sonic just announced huge plans for growth, with expansion in the U.S. expected to reach roughly the same pace it reached in the early ’00s. The numbers thrown around by Sonic are bold, and nice and round: 1,000 new locations over the next 10 years.

In light of the company’s already heavy presence in the South, how will Sonic do it? First, it’s targeting states with mild climates that don’t already have an abundance of Sonics, namely California. Over the next six years, the goal is to open 15 Sonics in southern California, specifically in greater Los Angeles and San Diego County, and another 15 elsewhere in California. By 2020, Sonic expects to have a total of 300 drive-in locations in the state.

Second, and most interestingly, Sonic isn’t shying away from cold-weather locations. Last summer, Sonic opened in its 44th state, an unlikely one for a drive-in chain: North Dakota.

What makes Sonic’s expansion to North Dakota and other spots with short summers feasible is the introduction of a new restaurant design prototype that features drive-in stalls and outdoor seating that most Sonics, but that also includes a decent-sized area for indoor seating—making the idea of eating at Sonic in January in North Dakota or upstate New York seem not totally nuts. “With locations up north, we had to think creatively about how to develop a location that works with inclement weather while still matching the iconic SONIC Drive-In look,” Bob Franke, Sonic senior vice president of franchise sales and international development, said in a press release for the opening of the North Dakota location. “The result is a new SONIC Drive-In prototype that gives our guests many options during their visit that won’t be disrupted by a little snow.”

The result for diners is that even if they live in an area of the country where drive-in dining wouldn’t be comfortable for the majority of the year, they’ll be fairly likely to see a Sonic pop up in their neck of the woods in the near future. “The Northern states are ripe with expansion opportunities for Sonic, given the brand’s relatively small footprint in the area combined with high customer awareness and pent-up demand,” Franke said earlier this year. Over the next handful of years, 13 new Sonics are planned in the vicinity of Buffalo and Rochester, N.Y., and by 2018 another 14 should open in the greater Seattle area. 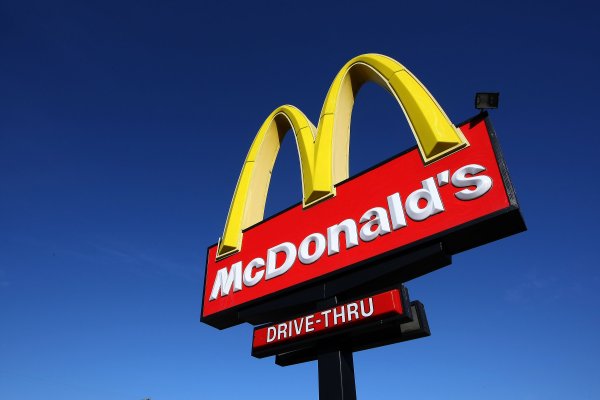 Fast Food Favorites Cook Up a Breakfast War
Next Up: Editor's Pick