In Salon today, Daniel D’Addario wrote about how disappointing it was that Michael Douglas, who delivered such a moving performance as Liberace in Behind the Candelabra, has accepted his awards for that role with such cringeworthy gay jokes. Last fall, he accepted at the Emmys with a string of quips about gay sex; last night at the Golden Globes, he said that being offered the role made him worried that his self-presentation was “mincing.”

Douglas’ jokes made him seem nervous and self-conscious about being identified with a gay character, the opposite of the empathetic spirit he brought to the role. But D’Addario goes beyond that to say that the speech “calls the quality of his work into question.”

Does it? Does a moving portrayal of the passions, flaws and loves of a celebrity in a gilded closet become retroactively worse because the vessel for it shows his flaws? Is the power of Steven Soderbergh’s movie invalidated?

I doubt that. You might even argue that Douglas’ apparent self-consciousness about playing a gay man adds to the accomplishment of the performance. Maybe this is something that great art can do–empower people to find an empathy, an ability to transcend their internal wiring in a way they can’t in front of, say, an audience in the Beverly Hilton ballroom.

I mean, I know it’s not completely that simple. Is there nothing Michael Douglas could say that woud change the way I saw his Liberace, if I watched it again? Or that would affect my view of a gay character he played in the future? That would be silly to claim, and yet: his performance is his performance. It doesn’t simply become worse because it needs to, as a punishment for subsequent offenses. The quality of his accomplishment is not tethered to the quality of his character. It’s possible for people to do good work and bad things.

That’s an eternally hard problem around artists, though, whether you’re talking Ezra Pound or R. Kelly, and it came up again at the Golden Globes with the Cecil B. DeMille Award given to Woody Allen. The creepiness in his personal life is unignorable, and it was a bad idea to spotlight him in a format where any mention of that ugliness was off-limits–especially when it was presented as a celebration of the man as much as of his films. Mia Farrow has every right to be pissed off.

But are Allen’s movies and stories themselves worse now? Is Without Feathers worse ? Is Take the Money and Run? Maybe a movie, like the May-November romance Manhattan, can be creepier in retrospect. Certainly you can decide that you don’t want to support an artist because of something he or she did, no matter how good or bad his or her work is. And for a filmmaker like Allen, much of whose art is so personal, what he personally does can change how you identify with his movies.

In other words, it’s totally possible that the things Allen does make it impossible for you to like his movies or books anymore, to watch them without feeling distractingly skeeved out. But that leads to a bigger issue: that there’s more to whether a work of art is great or not than how much I identify with it, how much I feel its creator is like me, how much I like the protagonist or the creator. Maybe the person is not completely inseparable from the work (Leni Riefenstahl and Triumph of the Will, say). But there needs to be some distinction between “what speaks to me personally” and “what is great”–even if they overlap–because one thing art does is to open people to things outside their own experience and identification, beyond their personal preferences, beliefs, and likes.

Accepting that doesn’t mean excusing horrible private behavior. It doesn’t mean giving my money to people I find reprehensible. And it doesn’t mean that creative geniuses are übermenschen beyond the moral laws that govern mere mortals. It just means realizing that not every movie I love is great, and not every great movie is one I want to see. And sometimes great artists are going to be people I really don’t like. 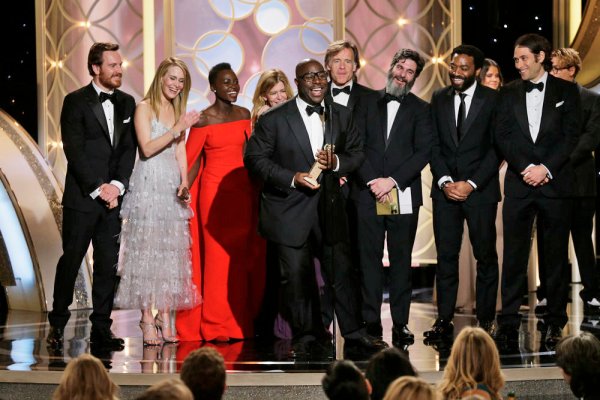 Golden Globes: Everybody Gets a Prize!
Next Up: Editor's Pick