Maybe that correction in technology stocks wasn’t such a bad thing after all. As tech companies have started the quarterly ritual of reporting earnings, the early indications are that, while many are still growing, they aren’t growing enough to meet the outsize expectations the market had built up.

So far, the flagship tech companies that have posted earnings bore few big surprises or disappointments. While several companies posted solid results, it wasn’t enough for the more hyped, overvalued stocks like Google. Others, like Intel, that were left out of last year’s tech rally performed much better.

It’s almost enough to make a fundamental investor believe the market hasn’t quite lost its head. There are several more weeks to earnings season to come, but if this week is any indication of what’s ahead, there are several trends emerging.

Internet companies are growing fast, just not fast enough. At Google, revenue excluding traffic acquisitions costs rose 23%. That’s a far cry from Facebook’s recent 63% growth but it’s still pretty impressive. According to RBC Capital, only two other large companies have maintained growth above 20% for 16 straight quarters: Amazon and Priceline. Being as big as Google and growing that fast is a tough act to keep up.

But for investors who have strongly associated Internet giants with growth, Google’s feat doesn’t impress much. The stock slid 4% Thursday after Google fell short of revenue and profit expectations. The growth simply wasn’t good enough to justify the stock’s lofty price. Even after its recent slump, Google shares are up 36% in the past year, pricing it at 29 times revenue.

Mobile is driving down ad prices, and it’s starting to be a problem. If there was one worrisome part of Google’s report, it was the decline in cost per clicks, the price charged for ads. CPC’s fell 9% at Google, a decline that has been accelerating for the past few quarters. In fact, Google’s CPC’s have been negative for a couple of years, around the time mobile ads began supplanting ads on the desktop Web.

Mobile is an opportunity and a problem for Google. It’s where the users are going, but it’s also, according to Google, a key reason why CPCs are in decline. Google may also be seeing lower CPCs from emerging markets and ads outside its own sites. The company plans to offer more detailed data on CPCs in coming quarters. Facebook has had better rates with its targeted ads in mobile feeds, but most other companies are struggling to see mobile ads pay.

The market is getting competitive for IT services. IBM’s stock dropped 3% after it said revenue fell 4% last quarter to $22.5 billion. For years, IBM was a stalwart leader in the market for managing IT services for other companies. But rivals like HP and Dell are getting aggressive on costs, and cloud computing is cutting IT costs in general, and it’s all taking its toll on IBM.

Revenue at IBM’s IT and outsourcing business fell 3%, its consulting division was flat and its server and storage business declined 23%. Software was a bright spot, rising 2%. IBM is still vowing to reach $20 in earnings per share next year, although some analysts noted earnings growth is coming from a lower tax rate and an aggressive buyback program.

Old school tech still has the ability to impress. Intel shares reached their highest level Thursday in nearly two years as it delivered earnings slightly above Wall Street estimates, but showed the company is making a slow but sure move into chips powering tablets and mobile devices. That makes for a 23% rebound in Intel’s stock since last September.

Bulls and bears have been arguing over whether Intel can make the transition without eating into costs, which have been weighing on margins in recent quarters. Intel’s manufacturing prowess may be able to lower costs in the long run, while also pushing into new markets like sensor chips for the Internet of Things. So while Intel is still struggling in its legacy market for PC chips, it fighting for footing in growing markets.

Growth in Asian giants is outpacing US peers. For all of Marissa Mayer’s attempts to turn around Yahoo’s core business, investors still scour its earnings announcements for information on another company: Alibaba. Yahoo’s earnings from equity interests in Alibaba and Yahoo Japan rose to $301 million last quarter from $218 million a year ago.

China-based Alibaba was by far the big contributor to Yahoo’s equity earnings. Alibaba’s operating income rose 66% in its most recently reported quarter. Yahoo’s operating profit, by contrast fell 84%. And yet Yahoo’s stock has risen 6% since reporting earnings. Wags have joked that investors like Yahoo as a hedge fund better than an Internet company, and numbers like that show the truth behind the humor. 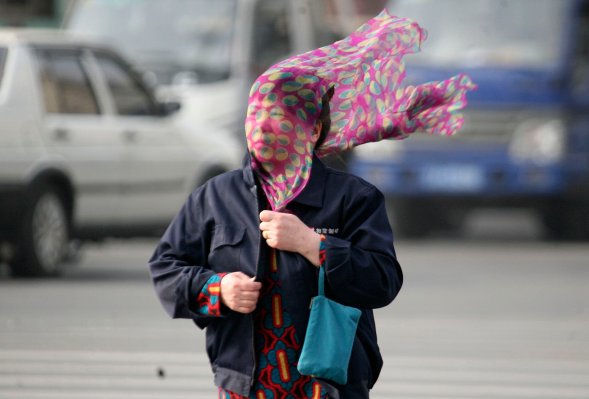