A pod of nine killer whales washed up dead on Wednesday in a rare mass stranding on the New Zealand coast, a loss conservationists said was a devastating blow to the country’s orca population.

Wildlife officials found the black-and-white animals – eight adults and one juvenile – overnight, after the orcas beached themselves on the far south coast of the South Island.

“By the time we were able to reach them they were all dead,” Department of Conservation spokesman Reuben Williams told AFP.

Researchers said it was unusual for so many whales to run ashore at the same time and they are now trying to understand what went wrong. “We’re working with Massey University and the Orca Research Trust to maximize whatever we can learn,” said Ros Cole, a New Zealand Park Ranger. “The team this morning flew in, and they’ve taken measurements and a small genetic sample.”

Scientists worry that the deaths will have a major impact on the New Zealand orca population, Williams said, as researchers count only about 200 left. The largest members of the dolphin family with no natural predator, orcas are the most widely distributed cetacean species in the world and can grow to lengths of up to 32 feet (9.8 metres). 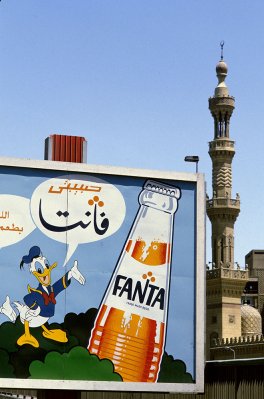 Arab Donald Duck Quacks No More After Anti-Israeli Tweet
Next Up: Editor's Pick