Cody Wygant is seen in an undated booking photo released by the Citrus County Sheriff's Office in Inverness, Fla.
Handout/Reuters
By Denver Nicks

A Florida man has been charged with third-degree murder and child neglect after allegedly smothering his infant son to death while playing Xbox video games, authorities said Friday.

Cody Wygant, 24, said he was irritated that his 16-month-old son Daymeon Wygant’s incessant crying was preventing him from playing Xbox, investigators said. Wygant smothered the boy’s nose and mouth for several minutes until the child became lethargic then left him in a playpen unattended to for five hours, according to authorities. Daymeon wasn’t breathing when emergency responders arrived at the house Thursday morning and was declared dead at a hospital, the Associated Press reports.

“It is inconceivable that a father could kill his infant son—it just baffles the mind,” Sheriff Jeff Dawsy said.

Wygant’s girlfriend, the child’s mother, was not home at the time of the incident. The couple has a three-month-old daughter in the care of state social services. 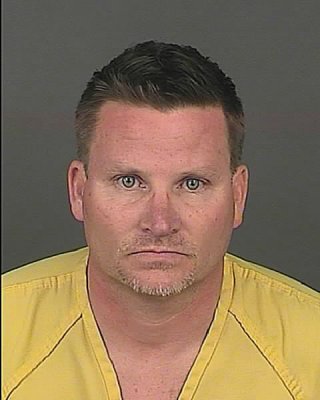