Disney's Donald Duck in a street side advertisement in Cairo.
Francois Perri—Redux
By Karl Vick

In Egypt, it appears the voice of Donald Duck may also be the voice of the people. Wael Mansour, the young Cairo resident who voiced Donald in Arabic dubs of Disney cartoons, lost his job over a post on Twitter calling for Israel to be “demolished.” The episode has unfolded at the intersection of popular culture and social media, bringing instant fame to a buff young voice artist in a country where anti-Israel sentiments are still embedded in the population 35 years after leaders of the two countries made formal peace. The last reminder came in September 2011 when rioters breached the Israeli embassy in Cairo.

Mansour announced his dismissal in a Feb. 6 Tweet, punctuating the news with a single word: “Proud.” By the next day, he was celebrating his 5,000th follower. By Wednesday the total had tripled to 30,000. His most recent post linked to a Lebanese television report on the flap on YouTube, which though not available in English will satisfy any reader’s curiosity about what Donald sounds like in Arabic.

The offending tweet went out last Aug. 4 and stopped short of the anti-Semitism that still inflames some quarters of the Middle East. “I hate Zionism,” Mansour wrote, naming the ideology on which modern Israel was established in 1948, as a homeland for Jews on land also claimed by Arabs—700,000 of whom fled the fighting or were driven into neighboring countries by Jewish forces. “I have so much hate inside me with every single child they murder or land they seize!”

It was apparently the 1,700 re-tweets that undid Mansour. Those, and a Twitter bio that proclaimed his status as the voice of Donald Duck in the Middle East. “Repellent, of course,” Abigail Disney, niece of Walt, replied when asked (on Twitter) if she had any reaction.

Israelis weighed in too. One reader comment following the story in Haaretz took the long view: “Since Exodus we know that Egypt is not a good country for Jews.” 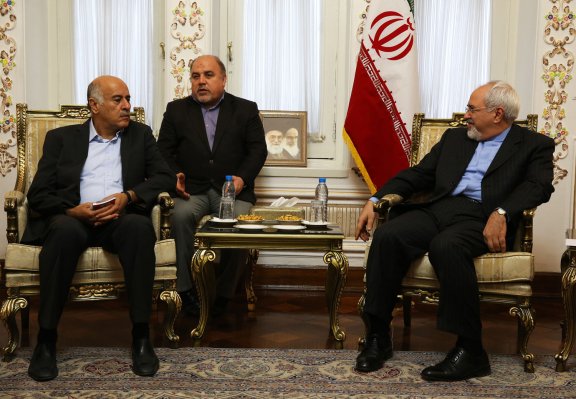