Commercials Have Been Super Sexist Lately

Around the Super Bowl, a GoDaddy ad featuring race car driver Danica Patrick in a body builder suit rather than a robe inspired me to predict that sexist ads might be on the decline. But after this week, I take it all back.

As some big-name TV shows wrap up their seasons (Scandal, How I Met Your Mother) and others premiere (Mad Men, Game of Thrones), commercials are competing for the precious little time we spend watching live TV. One easy way to grab our attention (and YouTube views)? Sexist ads. You decide which is the most offensive.

It’s easy enough to objectify women in ads—just ask RadioShack. But putting a woman in skimpy clothes to sell something is so old news. How about just turning them into literal objects?

Take the new DirecTV ad that advertises the Wireless Genie Mini device by juxtaposing wireless cable with a wired wife. In the commercial, the man’s wife is actually a marionette — because everybody knows that men just want their wives to be puppets. The puppet wife even dons a sexy negligee while trying to woo her husband because she know he thinks her wires are unattractive.

Our suggestion to the wired wife? Cut and run.

In the ad for Woodford Reserve bourbon that premiered during Mad Men on Sunday, a woman narrates the hipster fantasy of a man who sips bourbon while wearing a well-tailored suit and Warby Parker glasses in a forest:

The commercial reinforces the gender roles of the Mad Men era: the man using tools, drinking whiskey and being a man’s man; the woman watching and finding it sexy.

The real kicker is the saw: Saws are not complicated tools. Wouldn’t the obvious (non-sexist) copy have been “He’ll let me use the saw, and not find it cute that I DO know how to use the saw”? As Jezebel put it, “Actually, it felt like the commercial version of an issue of Southern artisan revival mag Garden and Gun.”

And that’s not even the worst commercial from Woodford Reserve. Another ad narrated by a man about a woman drinking bourbon goes to a different type of sexist place:

Men know it’s worth “tolerate[ing] a lot of her business” if she’s the cool, understanding, hot type that likes to drink whiskey just like them. The commercial reminds me of the mythical “cool girl” archetype that Gillian Flynn takes down in Gone Girl:

Nobody’s surprised that the new Carl’s Jr. ad blatantly traffics in sexism. The notoriously unapologetic fast food company—they previously referenced this in a press release: “We believe in putting hot models in our commercials, because ugly ones don’t sell burgers”—has teamed up with X-Men for its latest commercial. In it, a blue-boobed Mystique can’t handle the big juicy burger, so she transforms into a dude.

Thank goodness it’s not actually Jennifer Lawrence playing Mystique in this commercial (as she does in the current X-Men films). It would be a little too ironic if an actress who’s been so open about refusing to adjust her eating habits for Hollywood wasn’t allowed to have such a “manly” burger.

Snickers: Women Are Empowered When Men Manage Not to Objectify Them

Perhaps the worst offender is a recent commercial for Snickers that’s trying to be empowering and in doing so turns out to be—you guessed it—sexist.

As my colleague Oliva Waxman pointed out, the ad manages to be sexist to both women and men. The women are still props being yelled at by men. The men are acting “not like themselves” when they yell feminist things. Once they eat that Snickers, they’ll go back to cat calling. As Adweek writes, ““By saying blue-collar guys ‘aren’t themselves’ when they’re being polite, it pretty clearly implies they’re otherwise a bunch of misogynistic boors.” 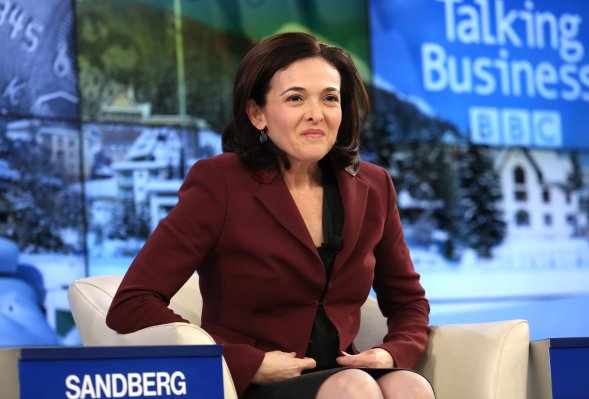 Sheryl Sandberg Told Stephen Colbert How Husbands Can Get More Sex
Next Up: Editor's Pick