Transgender actress Laverne Cox ignited her fan base when she retweeted the TIME 100 Reader Poll, launching her ahead of pop star Justin Bieber, who had previously occupied the top spot. The controversial Canadian songster held second place Friday morning, but had soon dropped to fourth–and has earned more votes against him than for, making him the most polarizing figure on the reader poll.

Though the final TIME 100 list of the most influential people of the year worldwide is ultimately chosen by the editors, TIME seeks the input of readers in an online poll.

Pop star Katy Perry and India’s Aam Aadmi Party leader Arvind Kejriwal currently outrank Bieber, though Perry has a considerable share of votes against her. Of those in the poll’s top five, Oscar-winner and fashion darling Lupita Nyong’o garnered the least percentage of votes against her–even less than Beyonce. Egyptian presidential candidate Abdul Fattah al-Sisi, who almost took Bieber’s top spot earlier this week, has slipped to seventh. But as the fan bases ignite on social media, the results continue to change rapidly.

This post was updated to reflect Bieber dropping to fourth place. 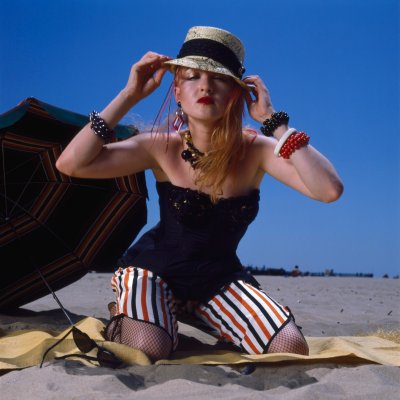 Cyndi Lauper Looks Back at the Unusual Record That Made Her a Star
Next Up: Editor's Pick