The arrest of two Lebanese men in Thailand, allegedly for plotting to target Jewish tourists on a busy Bangkok street on behalf of the Lebanese Shiite group Hizballah, could mark the latest failed effort by the militia to resume terror attacks overseas. The latest plot, revealed in the Thai press on Friday, ended almost before it began. The two men reportedly arrived in Bangkok April 13 and were detained by Thai police on information supplied by Israeli intelligence. Both men allegedly carried passports of third countries (Philippines and France); Hizballah has previously shown it prefers its operatives to carry second passports. Media reports say one of the men admitted a plot to detonate explosives on Bangkok’s Khao San Road, a nexus for international backpackers, including young Israelis. The suspect also agreed to lead investigators to “bomb-making equipment” in the province of Rayong, southeast of the capital, the Bangkok Post reported.

Police were seeking third man, and The Post quoted an unnamed investigator as saying nine Hizballah agents are thought to be somewhere in the country.

The incident serves to underscore the apparent gap in operational abilities of the Iranian-backed Hizballah’s covert forces – which lately have shown little of the disciplined success that built the organization’s reputation as the “terrorist A-team” – and its uniformed militia. The troops are fighting on the side of President Bashar Assad in the civil war in Syria, and making a significant impact. Meanwhile, except for the 2012 bombing of a tourist bus carrying Israeli tourists in Burgas, Bulgaria – a “soft target” – Hizballah has suffered a number of setbacks that reveal what one analyst called “an atrophying of the group’s operational capabilities.”

“What I had been hearing from numerous sources is they just did not have the bandwidth to keep up the pace of the attacks because of Syria,” says Matthew Levitt, a former Treasury Department and FBI terrorism specialist, author of Hezbollah: The Global Footprint of Lebanon’s Party of God. “They are all in Syria. And once that started in Syria in earnest, then [covert operations] became something that was less critical, it wasn’t their priority.”

One reversal came in Bangkok in January 2012, when a Hizballah agent (with a Swedish passport) led authorities to a 8,800 pounds of chemicals being assembled into explosives, apparently for shipment abroad in bags labeled as kitty litter. And Bangkok was the scene of the group’s biggest fiasco, a debacle in February 2012 that involved an Iranian agent blowing off his own legs while trying to escape a safe house where the roof had just blown off by a bomb-making accident. Three agents of the Quds Force, the branch of the Iranian Revolutionary Guards Corps that operates overseas, were detained in the safe house incident. Inside the building, investigators found magnetic “sticky bombs” like the kind Israeli agents had attached to the cars of Iranian nuclear scientists. The Quds Force agents apparently intended to do the same to Israeli diplomats.

Phone records and other evidence gathered by four governments in a joint report detailed by the Washington Post link the Bangkok plan to Iranian plots against Israeli targets in Azerbaijan, Georgia, and India, all of which ended in failure and arrests. Other plots were thwarted in Kenya, South Africa, Cyprus and Bulgaria – and Texas, where an Iranian-American used car salesman tried to plot the assassination by bomb of Saudia Arabia’s ambassador in Washington D.C.

From Iran’s perspective, the flurry of attacks was intended both to avenge the death of the Iranian scientists and to demonstrate what in the way of “asymmetrical warfare” the West might face if there were a military attack on Iran’s nuclear facilities, Levitt wrote in a paper for the Washington Institute for Near East Policy. But neither Quds nor Hizballah proved as formidable in the field as they had had been before 9/11, when they drew back from terrorist strikes. When they resumed, the world had become more security-conscious, and both Hizballah and the Quds Force were both rusty and hasty, mounting 20 plots in the 15 months from May 2011 to July 2012.

Since then, Iran appears to have reduced terror operations once again – scaling back as Iran and Western powers began talking seriously about launching diplomatic negotiations addressing Iran’s nuclear program. (Israel has restrained its covert operations, as well.) Hizballah, however, appears to be constrained only by the need to concentrate on Syria. Levitt says the group remains committed to striking Israeli targets to avenge the 2008 assassination of Imad Mughniyeh, its talented terrorist leader, whose death was what prompted Hizballah to re-activate its covert operations. In addition, Hizballah leader Hassan Nasrallah has vowed to strike Israel in retaliation for its most recent airstrike on a convoy carrying advanced weapons; the Feb. 24 attack was the first such airstrike inside Lebanon.

Nasrallah later took responsibility for a March 14 roadside bomb attack on an Israeli patrol that wounded three soldiers. But he called the ambush on the Israel-Lebanon border only “part of the reply” to the airstrike. It’s possible another “part” was what the two Lebanese men were allegedly planning in Thailand, Levitt says.

“The Israelis in particular are very sensitive to any civilian loss,” he notes. “It’s possible the message is let them know there is pressure on every front.” 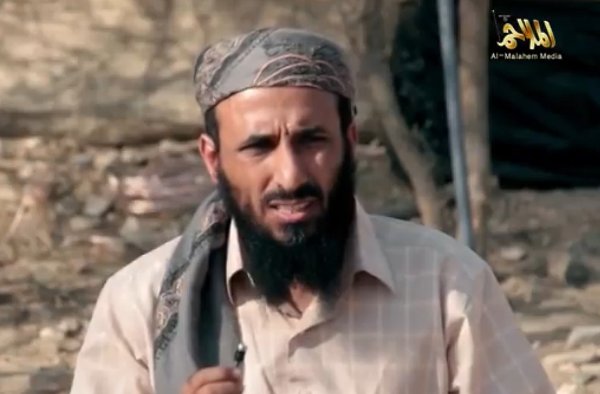 Al-Qaeda's Second-in-Command Seen in New Video
Next Up: Editor's Pick