The Controversy Behind Denver’s Historic 4/20 Celebration

Crowd shot of the 420 celebration at the Civic Center in Denver, Colo. on April 20, 2013.
Larry Hulst—Getty Images
By Katy Steinmetz

Marijuana enthusiasts are already descending on Denver for what should be a raucous 4/20 celebration this weekend. Long marijuana’s unofficial holiday, this April 20 will be the first since legal recreational pot shops opened in America and celebrants are preparing to mark occasion in high style. Among the festivities planned for Denver, America’s largest city with legal weed, are: concerts by Snoop “Smoke Weed Every Day” Dogg and Wyclef Jean, a student-run pot symposium and pot-friendly speed dating. The Cannabis Cup, a giant paraphernalia trade show running over the weekend, sold out its run of nearly 40,000 tickets.

But the organizers behind Denver’s long-established 420 Rally, a centerpiece of the celebration, wanted more. Smoking pot in public remains illegal in Denver, and though “smoking out” Denver’s Civic Center has become a tradition of the rally, organizers wanted permission from city officials to light up in the park.

In February, Miguel Lopez, who works year-round fundraising and organizing the rally, sent a letter through his lawyer Robert Corry to city officials, stating that the public consumption of marijuana would be actively encouraged during the festival. “It is patently obvious to anyone that has paid attention over the past ten years that, in that place, on that day, marijuana will be consumed by thousands of people,” Corry wrote. “It is important for public servants to recognize fact, and live in the world of reality.”

One of Lopez and Corry’s central arguments was that Denver makes exceptions to its ban on the sale or consumption of alcohol in city parks, such as during the annual LGBT pride festival, which takes place in the same space as the 420 Rally. Now that recreational marijuana has been legalized, they reasoned, such tacit endorsements, or allowances, should be made for the green stuff, too.

The letter backfired, as city officials pointed out that the 420 Rally had not yet received the permit organizers needed to legally hold any gathering at all. About two weeks later, Corry sent another letter rescinding his first one, and Lopez eventually agreed to stricter-than-normal terms including notifying attendees that “current law prohibits the consumption of marijuana in public.”

Corry says he hoped that officials would be ready “to stop with the wink, wink, nudge, nudge” approach and sent the letter in the hopes that the festival attendees could finally be transparent about their imbibing this year. Mass arrests have not been a problem at the previous rallies, which have in part been so popular because the possession of marijuana in Colorado had a maximum $100 civil penalty before it was legalized there in 2012.

But Corry says the city’s response is a reminder that marijuana, which can only be legally smoked in private locations, remains on unequal footing with alcohol. “The war is not over,” Corry says, “but battles are being won.”

Amber Miller, a spokeswoman for the city of Denver, hints that rally attendees aren’t going to have to worry too much about getting citations this year either, though police will certainly be present. “Every year the police department works to use their discretion around this event,” she says. “We do our best to ensure the highest level of safety.”

Lopez says that though the 420 Rally has been officially designated as a festival rather than a free-speech rally this year, the event “still maintains a strong political course and direction.” He says they’re expecting 80,000 people at the weekend-long event.

“Marijuana is still illegal, even in Colorado, under federal law, so there’s still a need for a rally,” Corry adds. “No one is free if not everyone is free. And our brothers and sisters in other states are still operating under the yoke of prohibition.”

You can find an exhaustive list of the events taking place in Denver to celebrate 4/20 at the Cannabist, the Denver Post‘s publication dedicated entirely to marijuana coverage.

You can read their letter exchanges with the Denver government here: 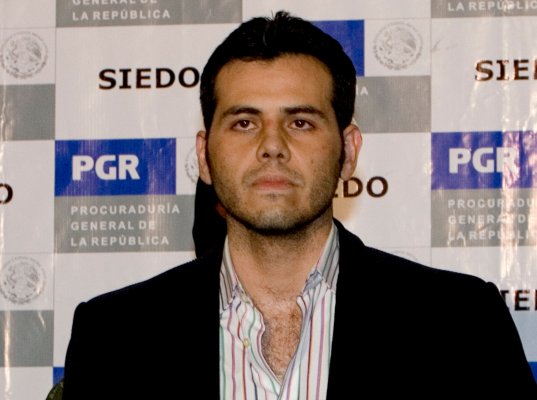 Top Member of Mexican Drug Cartel Is Helping Feds
Next Up: Editor's Pick