10 Cities Where Violent Crime Is Soaring

According to data released by the Federal Bureau of Investigations, the United States is becoming safer nearly every year. In the 20 years through 2012, the U.S. violent crime rate has been almost cut in half. Just since 2007, the nation’s violent crime rate has declined from 471.8 to 386.9 incidents per 100,000 people.

Not all measures of crime produce the same results. While reported offenses of violent crimes were down slightly on a per capita basis in 2012, the most recent year for which data is available, estimates that include non-reported offenses indicate that the violent crime rate actually rose in 2012. According to the Bureau of Justice Statistics, “Crime not reported to police and simple assault accounted for the majority of this increase.”

In many of the metro areas where crime rose the most, the economy has been especially strong. This is the case with Odessa, Texas, an oil boom town that has experienced rapid economic growth and large inflows of people. Two other metro areas, Columbus, Indiana, and Sioux Falls, South Dakota, have also experienced strong growth in recent years.

One of the hidden factors that could be driving up crime rates in areas with thriving economies may be shifting local demographics, Roman explained. “The biggest predictor of committing a criminal act is being young, male, and relatively low-skilled. And when you have these big natural resource booms you’re attracting lots and lots of those people to your community.” As a result, it is not organized criminals driving up crime rates as much as it is likely younger men looking for work, Roman said.

Generally, aggravated assault was the most reported violent crime in 2012, accounting for more than 62% of incidents. This was especially the case in many of the areas that led the nation in rising violent crime rates. Even as most of these areas had dramatic increases in assault rates, most had declining murder rates, and some even had decreases in property crime.

Aside from changing demographics, another factor that may affect crime statistics may be the area’s reporting trends. According to Roman, if police signal they are cracking down on crimes such as domestic violence, they may be able to encourage more people to report a crime.

Drug use, too, may play a role in promoting crime in some areas. Heroin use is on the rise in a number of metro areas because crackdowns on prescription pill abuse “drives people into the black market for heroin,” Roman said. While heroin users are no more likely to be violent, the environment in which drugs are bought and sold is often more dangerous, leading to potentially higher crime rates.

Based on figures published by the FBI’s Uniform Crime Report, 24/7 Wall St. determined the 10 metropolitan statistical areas where crime rates rose the most between 2007 and 2012. In order to be considered, areas had to retain the same geographic boundaries during the period covered, and they had to retain a consistent reporting practices. For some MSAs, less than all areas reported offenses. For these areas, FBI estimates totals based on offenses from areas actually reporting. Additionally, we also reviewed unemployment figures from the Bureau of Labor Statistics (BLS), as well as the BLS’s “Economy At A Glance” tables.

These are the 10 U.S. cities where violent crime is soaring:

There were 672.2 aggravated assaults per 100,000 residents in Odessa in 2012, an increase of more than 80% since 2007. Most property crimes, such as burglary and theft, became less likely over that time period, declining by 13.8% and 19.0%, respectively. On the other hand, motor theft, in particular, increased by 17% to more than 500 incidents in 2012. Many reported auto thefts, however, may have been illegitimate, according to an officer the Odessa Police Department. Some incidents, for example, may have been insurance fraud attempts, or drunk drivers abandoning their vehicle and claiming it was stolen. Some vehicles were being stripped for scrap metal, while others being taken merely for joyrides.

There were just 76 violent crimes committed in Columbus in 2007, lower than in all but one other metro area where data was available. Although the violent crime rate remained relatively low when compared with most metro areas in 2012, the rate increased by more than 70% from 2007. Motor vehicle crime was up by nearly 50% in the area between 2007 and 2012, versus a 37% decline in auto theft nationwide. The area is also home to a number of major auto parts manufacturing operations, which are critical to the area’s economy.

Although the violent crime rate in the Wheeling metro area rose by more than nearly all other such areas between 2007 and 2012, the region is still relatively safe. There were zero murders in 2012, and less than 40 robberies per 100,000 residents, considerably less than the national rates of 112.9 robberies and 4.7 murders per 100,000 residents that year. Marshall and Ohio county, which are part of the Wheeling metro area, are both considered part of the Appalachia High Intensity Drug Trafficking Area, according to the Office of National Drug Control Policy. A large scale law-enforcement operation investigating narcotic trafficking in 2012 resulted in numerous indictments of criminals distributing heroin, cocaine, and pain pills throughout the area.

While the violent crime rate across the nation declined by 18% between 2007 and 2012, in the Hanford metro area it increased by more than 65%. In particular, incidents of rape increased by nearly 80% over that time, more than all but six other urban areas. Aggravated assaults had also increased by more than 80%in those five years. Because of the increase in violent crime, local officials have had trouble dealing with serious overcrowding issues in the local prisons. In 2012, law enforcement officials were forced to release prisoners early. They also complained they couldn’t properly discourage and deter criminals who knew of the prisons’ overcrowding problems.

There were 1,298 violent crimes in the Redding metro area in 2012, up from 851 violent crimes in 2007. On a standardized, per 100,000 resident basis, violent crime rose more than 53% in that time. Additionally, property crimes rose by more than 50%, the most of any metro area reviewed, despite a nationwide 12.7% decline in such crimes during that time. According to the Redding Record Searchlight, some area residents believe that the area’s high crime rates may be related to marijuana cultivation. Officials in Shasta County — which makes up the Redding metro area — recently elected to ban outdoor growing, although the city of Redding is not included in the ban. 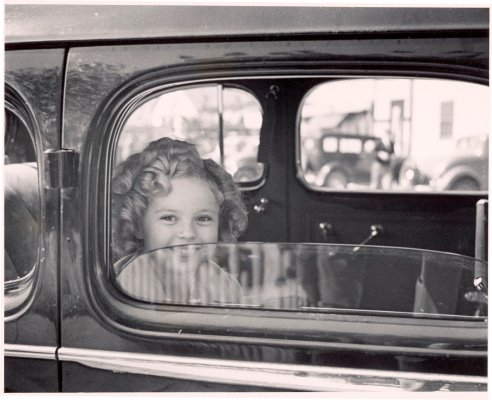 Shirley Temple: A Cute Cocktail of Talent and Charm
Next Up: Editor's Pick