'Mean Girls' Is Not a Comedy. It’s Mythology.

Saturday marks the 10-year anniversary of the world premiere of Mean Girls at Hollywood’s Cinerama Dome. Decennials are often an opportunity for sober reflection, and in that spirit, I would like to suggest that the Lindsay Lohan vehicle has been with us far longer than a decade. The film is widely considered to be a comedy or even a “teen movie,” but in fact, it is neither. Mean Girls is American mythology. Let us examine the evidence.

In broad terms, Tina Fey’s first film adheres to the critical superstructure known as the “monomyth,” as described by 20th-century mythologist Joseph Campbell:

There is no question that Cady views this new world as both mystical and possessing of separate natural laws. “Having lunch with the Plastics,” she says in voice over, “was like leaving the actual world and entering ‘Girl World.’ And ‘Girl World’ had a lot of rules.”

As with James Joyce’s Ulysses, Mean Girls imposes a mythological structure on the mundane concerns of its hero. The particular myth from which Mean Girls draws its inspiration is not so well telegraphed, though Fey leaves us several clear signposts.

Like the original Ulysses, Cady is recently returned from her own series of adventures in Africa, where her parents worked as research zoologists. It is this prior “region of supernatural wonder” that offers the basis for the mythological reading of the film. While the notion of the African continent as a place of magic is a dated, rather offensive trope, the film firmly establishes this impression among the students at North Shore High School. To them, Africa is a monolithic place about which they know almost nothing. In their first encounter, Karen inquires of Cady: “So, if you’re from Africa, why are you white?” Shortly thereafter, Regina warns Aaron that Cady plans to “do some kind of African voodoo” on a used Kleenex of his to make him like her—in fact, the very boon that Cady will come to bestow under the monomyth mode.

Where in Africa Cady hails from is never made explicitly clear, but several clues greatly reduce the universe of possibilities. In a brief flashback to her “one other crush,” Nfume, a young Cady is speaking Afrikaans (according to the subtitles). On her first day of school, Cady greets the Unfriendly Black Hotties with “Jambo,” a Swahili greeting. After Cady has carelessly cleaned up after a house party, her mother notices that her “fertility vases of the Ndebele tribe” are misplaced. The Ndebele tribes are native to Zimbabwe, Botswana and South Africa, all places where at least part of the population speaks Afrikaans. Both Swahili and the Ndebele languages belong to the Bantu family, a branch of the Niger-Congo languages spoken among a network of sub-Saharan ethnic groups. This makes Bantu folklore a logical place to start our search.

Like many contemporary ethno-religious traditions, Bantu folklore often makes use of anthropomorphized animals, a form mimicked in Mean Girls‘ reciprocal use of zoomorphism (the depiction of humans in animal form). On several occasions, Cady imagines her peers transmogrified into great cats, monkeys, and other jungle dwellers. At Halloween, Cady observes, “the hard-core girls just wear lingerie and some form of animal ears.” At the mall, Janis Ian compares their teacher (played by Fey) to “a dog walking on its hind legs.”

Cady’s surname, Heron, is also both the name of a bird and phonemically similar to “hare.” This latter similarity is of particular note because so many of the Bantu folktales feature rabbits.

Armed with that clue, I can say with some confidence that Mean Girls is a retelling of the traditional Bantu fable “Ozibane! Zibane! Zibane!,” or “Dance Like That!,” as anthologized in the 1921 compendium Specimens of Bantu Folk Lore From Northern Rhodesia (modern-day Zimbabwe).

In the fable, Miss Rabbit encounters a group of girls drawing water at the river. The girls “gave some of their beads to Miss Rabbit, telling her to put them on. They further dressed her head with other beads, so that she looked just like a civilised little girl.” The ensemble then dances as the girls sing: “How well dressed she is! Uwî-i! Ozibane!”

Miss Rabbit returns the beads. The next day, the girls bring an apron for Miss Rabbit, redress her, and the dancing recommences. At the conclusion of the day Miss Rabbit does not return the clothes, but instead lures the girls into the forest, where they are devoured by hyenas. The story concludes: “nko kâfwida ka kâno:” “This is where the story dies.”

The corollary between the fable of the dancing rabbit and Mean Girls are nearly too obvious to state: An outsider is adopted by a group of girls who dress her up in their own clothes and adopt her into their social circle, while still regarding her as something of an outsider. (“I love her,” Regina says. “She’s like a Martian.”) Unbeknownst to them, the newcomer plans all along to sabotage them. She refuses to return clothes. (“I want my pink shirt back,” Damian shouts.) Instead, she leads them to ruin.

A few more corollaries: Close readers will hear an echo in Cady Heron’s mock-conclusion to the film in the fable’s final line: “And that’s how Regina George died.” (Here the expectations of modern cinema take over from the story’s natural conclusion.) The word for “bead” in Afrikaans, kraal, also bears a strong phonic similarity to “grool,” the portmanteau of “cool” and “great” that Cady accidentally coins in her first substantial conversation with Aaron. Finally, there is some suggestion that “hare” is a more accurate translation than “rabbit” given the available species of Leporidae in southern Africa.

The mythological record surrounding this particular tale is too scant to establish a phylogenic progression from Miss Rabbit (Hare) to Cady Heron, as is now all the rage among folkloricists. Having at least established Mean Girls‘ place in the broader context of Bantu oral traditions, we then turn its one role as a modern myth.

Carl Jung viewed myths as a portal into the “world of the archetype,” as the critic Stephen F. Walker phrases it, which compensates for the “imbalanced aspects of the individual conscious mind.” Mean Girls opens with a classic Jungian archetypal event: Separation from the parents. The film’s enduring popularity is owed in part to its satisfying the core aspect of a traditional myth: It is a story that offers us a way to navigate the “psychological dangers” of the world, to again quote from Campbell. The spectacular popularity of BuzzFeed’s “Which ‘Mean Girls’ Character Are You?” quiz is sufficient evidence that the film possesses a diversity of valid archetypes to which we might anchor ourselves.

The film satisfies several other aspects of valid mythopoeia: It has an internally consistent set of rules (“We only wear our hair in a ponytail once a week”), its own neologisms (grool, fetch, mathlete), and a battery of lines that are so easily repurposed that even the White House has gotten in on the fun. This is the essential aspect of the film that separates it from a movie that is merely popular. One who refers to “making fetch happen” is not merely quoting from a beloved movie. He or she is invoking a mythological story (that of trying, in vain, to pass off an invented motif as genuine), in the same manner that one might invoke Sisyphus to describe a never-ending labor. The great irony here, of course, is that Mean Girls is itself an invented mythology passing into the realm of folklore. Fetch, in other words, has happened. 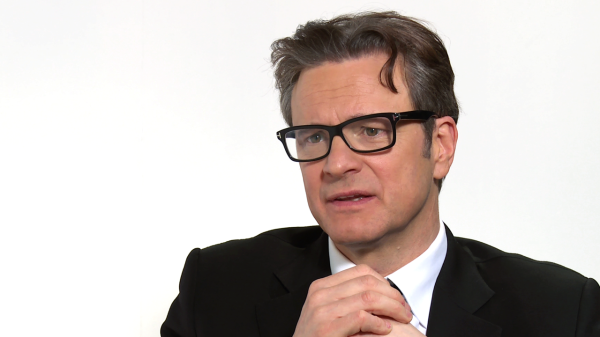 Colin Firth Says the Wet Pride and Prejudice Shirt is a Fake
Next Up: Editor's Pick