Why Are U.S. Oil Imports Falling?

So what accounts for the drop in imports? There are two likely reasons.

First, domestic supplies have increased due to a new drilling technique called hydraulic fracturing, also known as fracking, which involves the injection of more than a million gallons of water at high pressure into drilled wells thousands of feet below the surface. The pressure causes the rock layer to crack so that crude (unrefined) oil flows up the well.

Because hydraulic fracturing freed up oil that was previously inaccessible, U.S. production boomed, particularly in states like Texas, North Dakota, and Alaska.

According to more EIA data, total spending by oil (and natural gas) companies grew 11 percent on average per year from 2000-2012, and spending on development activities increased by 5 percent ($18 billion) in 2013. All this culminated in the U.S. production of 7.9 million barrels of crude oil per day in 2013, a level the country hasn’t hit since 1988.

Second, imports decreased because high gasoline costs, fuel efficient cars, and the 2008 recession all led to lower national oil consumption, which decreased from 20.8 million barrels per day in 2005, to 18.64 million barrels per day in 2013. Although consumption hasn’t recovered to pre-2005 levels, it started to pick up in 2012, and the EIA predicts that consumption will continue to rise along with domestic production in 2014.

Despite increased domestic oil production and lower oil consumption, the US remains the largest importer of oil in the world, and spent $427 billion on imports in 2013.

The U.S spent almost as much on imports in 2013 as the sixth through tenth largest oil importing countries (Korea, The Netherlands, Germany, The United Kingdom, and Spain) combined.

However, the U.S. is only the 34th largest consumer of imported oil per capita. Countries that rank before it as the top importers per capita include Singapore, Luxembourg, and The Netherlands. 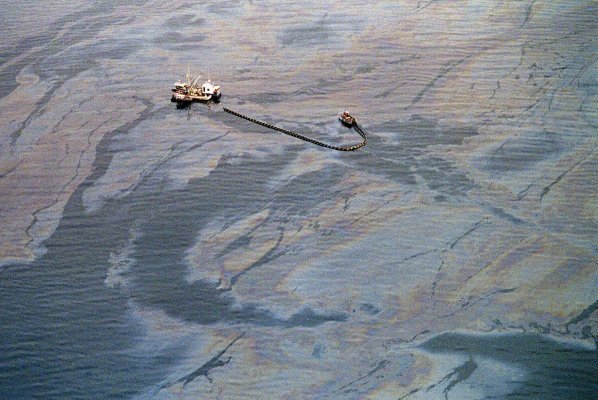 Exxon Valdez, 25 Years Later: The Afterlife of Oil Spills
Next Up: Editor's Pick