A U.S. judge said Thursday that recalled General Motors cars can stay on the road, a major victory for the company as it faces an uphill legal battle related to 2.6 million vehicles recently recalled over malfunctioning ignition switches.

The decision came in a lawsuit brought against them by a couple seeking compensation for the lost value of their recalled 2006 Chevrolet Cobalt. Their Cobalt was recalled along with millions of other GM vehicles after it was discovered the cars’ ignition switches can be inadvertently set to “off” while the car is being operated, disabling power steering and other features. The ignition switch problem has been linked to at least 13 deaths.

The couples’ lawsuit demanded “park it now” notices for every vehicle included in the recall, which would’ve forced owners of the affected cars to keep their vehicles off the road. GM opposed issuing such notices, claiming the car is safe if nothing is attached to the key in the ignition and arguing that taking all affected cars off the road would be a logistical nightmare.

The judge in the case ruled that determining whether the cars need to be taken off the road is up to the National Highway Traffic Safety Administration.

Although the judge’s decision is a win for GM, it’s just one in a growing series of legal battles against the company for the ignition issue, which the company has reportedly known about for years. 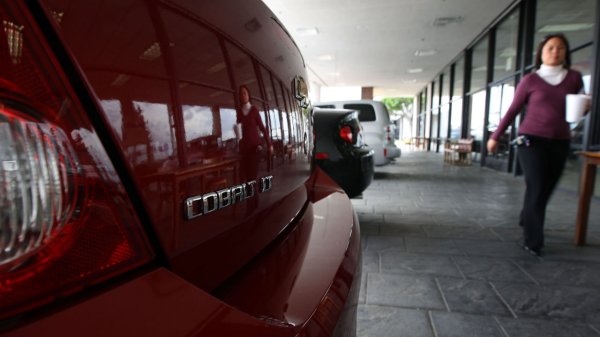 Watch: The Long, Troubled History of the Chevy Cobalt
Next Up: Editor's Pick