Jabari Parker during the finals of the 2014 Men's ACC Basketball Tournament at Greensboro Coliseum on March 16, 2014 in Greensboro, North Carolina.
Streeter Lecka—Getty Images
By Eliana Dockterman

Parker wrote about his decision to leave Duke for Sports Illustrated, laying out the reasons he was tempted to remain at Duke University for another year before beginning his professional career.

“After losing in the NCAA tournament, I needed to clear my mind. I was incredibly disappointed and blamed myself,” Parker writes. “I didn’t watch basketball or go to the gym for several days.”

Parker’s college legacy was a letdown: No. 3 seed Duke was upset early in the NCAA tournament, losing to Mercer. If he instead chose to stay with Duke, he could have a chance to redeem his team in next year’s tournament.

But ultimately, after meeting with Coach K and his parents to discuss his options, Parker settled on the NBA:

Parker will likely be a top pick in this year’s NBA draft on June 26. He was the highest-scoring freshman in Duke history, averaging 19.1 points per game and becoming the first freshman to lead Duke in both scoring and rebounding.

The beginning of Parker’s professional career does not mean the end of his education: Parker said that he plans to graduate from Duke while he’s in the NBA. Parker’s decision to enter the draft also means he’ll forgo his two-year mission common among 19-year-olds at the Church of Jesus Christ of the Latter-Day Saints. He says, however, that he’ll remain religious.

“I don’t consider myself an exception to the rule. At this point in my life I know this is the right decision,” Parker wrote. 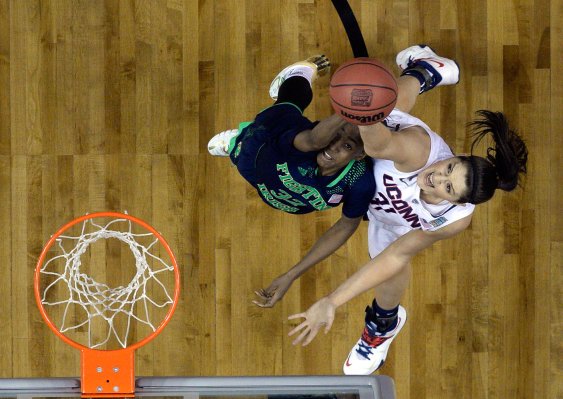