Prison Phone Calls Will No Longer Cost a Fortune

Hundreds of thousands of U.S. prison inmates and their families will now be able to make interstate phone calls at much lower prices thanks to new federal rules that went into effect on Tuesday. The new rules were crafted by the FCC and are designed to crack down on what prison inmate advocates call abusive and predatory practices by phone companies.

The new rate caps, which were passed by the agency last fall under the leadership of acting FCC Chair Mignon Clyburn, impose a limit of 25 cents per minute for debit calling and 21 cents per minute for collect calling. At those levels, the cost of a 15-minute call would be reduced by as much 80% to $3.15.

“This is a huge victory for justice for ordinary people at an agency that is usually more attuned to private interests,” says Cheryl A. Leanza, policy director at the United Church of Christ. “Increasing the connections between families and inmates helps all of us. Strong family connections improve the likelihood that when inmates are released, they will not become repeat offenders, and that makes our society safer. We are very grateful to Commissioner Clyburn.”

The new rules come a decade after Martha Wright, a Washington, D.C. grandmother, petitioned the FCC for relief from inmate calling rates. Since then, the FCC says that tens of thousands of people have urged the FCC to make it easier — and in some cases even possible — for them to stay in touch with loved ones in jail. On Tuesday, the new rules, which apply to interstate calls made from federal, state, and local correctional facilities, went into effect.

“This means that many families will no longer have to choose between talking to their loved ones in prison and paying their utility bills. It means that society will benefit from the decreased rates of recidivism that family contact brings,” FCC Chairman Tom Wheeler, Commissioner Jessica Rosenworcel, and Commissioner Clyburn said in a statement. “These families can now afford to keep in touch because the era of unreasonable and unjust phones rates has ended.”

Richard Smith, President and CEO of Dallas-based Securus, the nation’s second largest provider of prison phone call services, told TIME in phone interview that as of Tuesday, his company had implemented the new rates, leading to an immediate reduction of 25% to 50% in the price of prison phone calls. But he said that his company would continue to contest the new rates, which he pointed out, are still interim, while the FCC conducts further research.

“We think some of the new rates are below our cost,” says Smith. He said that his company, which has a 28% market share of the prison phone call market and was purchased by Boston-based private equity firm ABRY Partners in April of 2013, handles 120 million calls per year at an average rate of $3.50 per call. Smith acknowledged that some calls may have cost as much $17 for a few inmates, but said those calls were “outliers” cited by inmate advocates pushing an agenda. He said that his company handles many calls at rates cheaper than the $3.50 average.

(MORE: Aereo CEO to Broadcasters: Go Ahead, Make My Day)

“This is a public policy issue,” Smith says, adding that prison calling rates are determined by a variety of factors, including the number of inmates and whether a correctional facility is located in an urban or rural setting. He pointed out that prisons and jails select a phone service provider based, in part, on so-called “commissions” that are used to supplement cash-strapped correctional budgets and help pay for inmate and victim services.

If phone rates go down, private phone vendors won’t be able to pay as much in these commissions, so correctional institutions will be forced to make up the difference, according to Smith. He says this means that “taxes are going to go up” in many jurisdictions as a result of the FCC’s new rate caps. Leanza, of the United Church of Christ, said these commissions amount to “legalized kickbacks” where the highest bidder wins, in contrast to traditional competitive bidding where the lowest bidder wins. “This is not the free market at work,” Leanza says.

Asked why it took more than a decade for prison call reform to occur, Leanza pointed out that phone companies are very powerful in Washington, D.C. “It was always very easy for the phone companies to push the issue down the road,” says Leanza. “Prisoners usually don’t have a strong voice on many issues.” 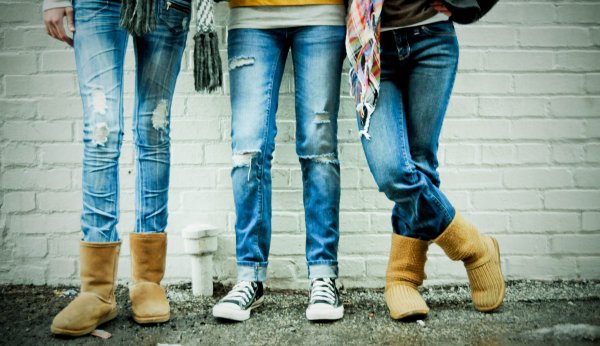 Coming Soon to Your Office: Gen Z
Next Up: Editor's Pick