Your Android camera’s photos are about to get a lot more blurry, but don’t worry – that’s a very good thing. Yesterday, Google updated the official Android Camera app to include a number of new features, including a new background blur effect called Lens Blur.

“We created [Lens Blur] to give you the ability to create narrow depth-of-field photos like in your DSLR,” explains Google Product Manager Evan Rappaport on Google+. “Since we save the depth map of your image, you can even change the focal point and depth-of-field AFTER shooting.”

What’s so great about blurrier photos? Normally, when you take a shot with your phone’s camera, virtually everything is in focus – even busy, distracting backgrounds. Now, your Android photos will contain a data layer that computes the 3D positioning of the objects in your photos. You can choose to have an unimportant background fade away or choose to blur the foreground for artistic effect, even long after you’ve snapped your picture.

That’s not the only update to the Android camera app, either. There’s a new panorama mode for taking long, horizontal photos. Google has also raised the resolution of its 3D photospheres up to 50 megapixels – a sixfold increase.

You can enjoy the new Android camera features by updating your device’s Camera app. If you don’t already have Google Camera, it’s available for free download on any Android device via Google Play.

For more on the new Lens Blur feature, including the science that makes it all work, check out the Google Research Blog. 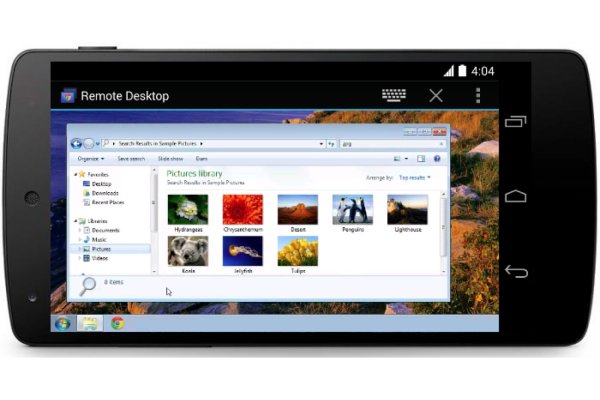 Google Remote Desktop Lets Android Users Access Their PCs, but iOS Users Have to Wait
Next Up: Editor's Pick