The Mystery of the Bible’s Phantom Camels

Once upon a time, Abraham owned a camel. According to the Book of Genesis, he probably owned lots of camels. The Bible says that Abraham, along with other patriarchs of Judaism and Christianity, used domesticated camels — as well as donkeys, sheep, oxen and slaves — in his various travels and trade agreements. Or did he?

Last week, archaeologists Erez Ben-Yosef and Lidar Sapir-Hen of Tel Aviv University released a new study that dates the arrival of the domesticated camel in the eastern Mediterranean region to the 10th century B.C. at the earliest, based on radioactive-carbon techniques. Abraham and the patriarchs, however, lived at least six centuries before then. The New York Times, in a story about the finding today, announced, “There are too many camels in the Bible, out of time and out of place … these anachronisms are telling evidence that the Bible was written or edited long after the events it narrates and is not always reliable as verifiable history.” Behold, a mystery: the Case of the Bible’s Phantom Camels.

The discovery is actually far from new. William Foxwell Albright, the leading American archeologist and biblical scholar who confirmed the authenticity of the Dead Sea Scrolls, argued in the mid-1900s that camels were an anachronism. Historian Richard Bulliet of Columbia University explored the topic in his 1975 book, The Camel and the Wheel, and concluded that “the occasional mention of camels in patriarchal narratives does not mean that the domestic camels were common in the Holy Land at that period.” Biblical History 101 teaches that the texts themselves were often written centuries after the events they depict.

(MORE: What You Missed While Not Watching the Bill Nye and Ken Ham Creation Debate)

The new study again raises the age-old question of biblical accuracy. The phantom camel is just one of many historically jumbled references in the Bible. The Book of Genesis claims the Philistines, the traditional enemy of the Israelites, lived during Abraham’s time. But historians date the Philistines’ arrival to the eastern Mediterranean at about 1200 B.C., 400 years after Abraham was supposed to have lived, according to Carol Meyers, professor of religion at Duke University.

Then there’s the case of the great earthquake in the prophetic Book of Zechariah. Geological evidence in archeological sites like Hazor and Gezer in Israel date it to the mid-8th century B.C. But the Book of Zechariah, written several hundred years later, uses the event to talk about what will happen at the end of time, notes Eric Meyers, director of Duke University’s Department of Religious Studies and Carol’s husband.

These anachronisms and historical inaccuracies, however, do not trouble biblical scholars. People in biblical times understood and wrote about their past differently from people in the modern, post-Enlightenment world. “We expect history to provide an accurate narrative of real events,” Carol Meyers explains. “The biblical authors, composers, writers used their creative imaginations to shape their stories, and they were not interested in what actually happened, they were interested in what you could learn from telling about the past.”

(MORE: Fertility Goddess Asherah: Was ‘God’s Wife’ Edited Out of the Bible?)

The Bible has also never been a history book or a scientific textbook, explains Choon-Leong Seow, professor of Old Testament language and literature at Princeton Theological Seminary. Interpreting the Bible is a little like studying Leonardo da Vinci’s painting The Last Supper, he says. Modern viewers do not consider the Christ figure in da Vinci’s painting an accurate portrait because we know it was painted centuries after the supper happened, but that does not take away from the artist’s spiritual message about Jesus’ last night with his disciples. “For us who believe that this is Scripture, Scripture is important as it has formative power, it forms the people, and it transforms,” Seow says. “It is poetic truth rather than literary truth.”

Understanding the Case of the Phantom Camel as a fight between archeological evidence and biblical narrative misses the entire spiritual point of the text, as far as scholars are concerned. Anachronisms and apocryphal elements do not mean the story is invalid, but instead give insight into the spiritual community in a given time and place. In this case, camels were a sign of wealth and developing trade routes, so it is likely that the biblical writer used the camel as a narrative device to point out power and status. “We needn’t understand these accounts as literally true, but they are very rich in meaning and interpretive power,” Eric Meyers says.

The study is going to ruffle the feathers of people who believe in biblical inerrancy, a doctrine popular among evangelical and other right-orthodoxy movements that says every word in the Bible is literally true. Liberal Judaism and Christianity, says Carol Meyers, often contribute to the problem when they do not look at the complexity of how ancient narratives were formed. Instead of worrying about proving history, she offers this suggestion: “If the Biblical writers are not interested in the facts, but rather in getting a message across, then people of faith can concentrate, instead of trying to verify every last item in the Bible, on what the overall message of the story is, not whether it is historically true or not.”

MORE: Has Noah’s Ark Been Discovered in Turkey? 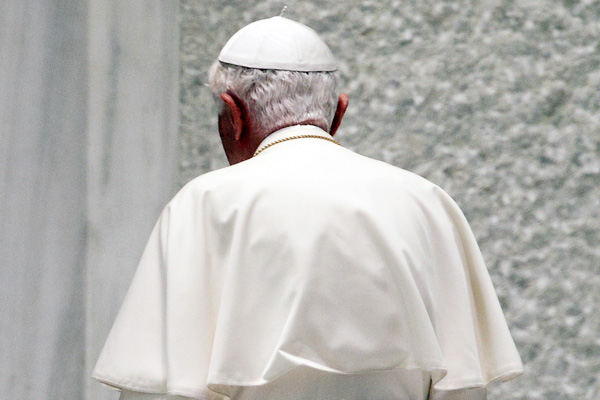 Remember Benedict the Meek
Next Up: Editor's Pick