Age Restrictions for Models Making a Difference at Fashion Week

The runways at New York Fashion week are looking a little more mature this year.

The state of New York passed a law in October that classified models under the age of 18 as child performers in an attempt to curb use of 14-year-olds on the runway. The new legislation means more restrictions and paperwork for designers who hire high school-aged models. And according to the New York Times, it’s working.

“This year I saw over 350 girls, and I only saw three that were under 18,” James Scully, casting director for designers like Tom Ford, said. He calculates that as many as 60 percent of models had been under 18 in previous years. Another casting director, Jessica Weinstein said that this was the first year models’ ages were brought up during casting with many designers.

This is great news for young models who, thanks to the legislation, will now be spending more time in school and less on the catwalk. But casting older women in Fashion Week shows could also have a dramatic effect on our body image. The fashion industry has favored androgynous models with flat bodies in recent years (basically, the closest thing they can get to a coat hanger to show off the clothes). Practically, that means that most models have been younger girls who have not yet developed hips, breasts and backsides. Now that designers must opt for fully grown women, we’re likely to see more curves on the runway.

As my colleague Belinda Luscombe wrote when the legislation originally passed in October, the fashion industry now “may move the needle on the impossible body ideal that has reigned on the runway and in the magazines these long years.” 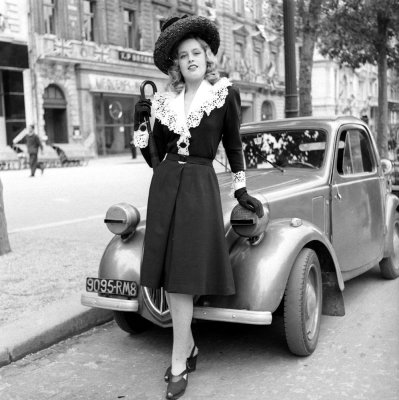 Fashion in Post-War Paris: Black Lace and Woolen Undies
Next Up: Editor's Pick