Everything is Awesome in New Lego-Themed Tegan & Sara Video Feat. The Lonely Island

In case you were worried, the video for “Everything Is Awesome” — Tegan & Sara’s The Lego Movie soundtrack collaboration with The Lonely Island— does, in fact, live up to its title.

Alongside the requisite clips from the film, the music video is filled with D.I.Y.-looking stop-motion animation that is reminiscent of something a kid would make on a camcorder. It’s only appropriate, because an actual six-year old named Markus Jolly sketched the drawings for the video.

Sorry, Frozen, but is it too late to nominate this for the Oscar for Best Song?

MORE: Tegan and Sara’s Tegan Quin on the Group’s New Sound and Getting in Touch with Their Inner Cyndi Lauper

MORE: Kelis Gets Ready To “Rumble” in a Raw New Single 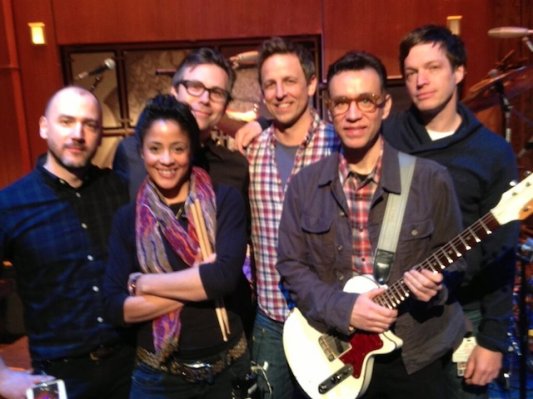 Fred Armisen Will Be Seth Meyers' Bandleader
Next Up: Editor's Pick