Canada's Olympic House in #Sochi has a #beer fridge that only opens with Canadian passport. pic.twitter.com/FuvSUA86hJ" @bustedcoverage

Canadians competing at Sochi have a leg up on their rivals, at least when it comes to beverages: A beer fridge has reportedly been installed in country’s Olympic House. Canadians love their beer so much that beer company Molson Canadian made a vending machine that made sure nationals could get a free brew at any moment, just as long as they have their passports. Also spotted last year in London and Brussels, the beer fridge works by taking a photo of people’s passports to verify their authenticity, then doling out a cold brew.

Canadian have plenty to toast at the games, too. As of Monday night, they were in a three-way medal tie with Norway and the Netherlands, with seven medals each. 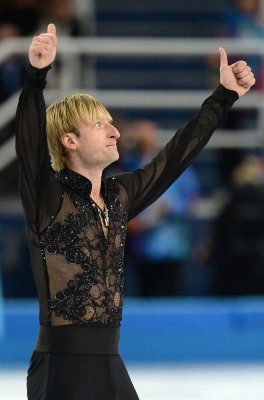 Russian Figure Skater Is One Fall From Paralysis
Next Up: Editor's Pick