On the afternoon of April 14, a group of police officers lined up outside their ransacked headquarters in the eastern Ukrainian town of Gorlovka to receive orders from their new commander. Just a few hours earlier, their station had been stormed by a pro-Russian mob. Rather than resist, the officers defected. Greeting them now outside the building with a military salute was the leader of the mob, a man in fatigues with a drill sergeant’s swagger. On a video later posted to YouTube, he stated his rank as lieutenant colonel. “Of what?” a policeman asked. “Of the Russian army,” the man replied.

For weeks, Ukrainians have worried that Vladimir Putin might direct his army to seize their country’s pro-Russian east. Instead, the Russian leader seems to have opted for a more subtle conquest reminiscent of his Crimea grab. Coordinated local groups, apparently led by professionals from across the border, have been seizing government buildings in several cities in Ukraine’s east and declaring their independence from Kiev.

Perhaps by fiendish design, this leaves Ukraine’s fledgling government facing a lose-lose choice. It can stand by as pro-Russian gunmen claim more ground in a region where much of Ukraine’s heavy industry is based. Or it can try to evict them by force, providing Moscow with a handy excuse to launch a full-scale tanks-and-planes invasion on the pretext of protecting the local Russian population. “That is the one thing [Putin] is waiting for, a picture of mass bloodshed,” says Igor Smeshko, who ran Ukraine’s Security Service from 2003 to 2005. Thus far, Ukrainian forces have shown restraint, in part at Washington’s urging. That may not last.

The new turmoil in Ukraine is also discomfiting for President Obama, who has spent weeks struggling to devise a clear policy in response to Putin’s startling provocations. As eastern Ukraine fell into turmoil, Obama Administration officials were debating whether and how to slap Moscow with new sanctions, and European Union officials–fearing retaliation from Moscow–were far from consensus.

It’s already too late to stop Putin from sowing exploitable chaos in Ukraine. The question is whether he can be stopped from breaking the country apart. “What Putin is doing in the long term is devastating to Russia,” says Strobe Talbott, the U.S. Deputy Secretary of State under Bill Clinton. “In the short term, he has all the cards. And that’s the dilemma we have.”

The West does have a few cards to play, in the form of economic sanctions. But although the idea of cutting off Moscow’s oligarchs from fortunes stashed abroad or stunting the profits of their monopolistic energy concerns sounds satisfying, those steps might come at a steeper cost than the West is willing to pay. “The U.S. business community recognizes the seriousness of the situation in Ukraine as well as the damage to the global economy that sanctions could inadvertently unleash,” says Myron Brilliant, head of international affairs for the U.S. Chamber of Commerce.

Unilateral U.S. sanctions without the support of the European Union would be “ineffective,” Brilliant adds, given that U.S. trade with Russia is dwarfed by the E.U.’s. A senior Administration official concurs: imposing truly punishing sanctions on Russia’s banking, energy and mining sectors, he says, “requires successfully herding the European cats.”

Thus far, however, that’s been no match for Putin’s old-fashioned military power. Ukraine’s small and ill-equipped army is unlikely to last long against Russia’s much larger force. Guerrilla resistance would be hard to mount in an area with a generally pro-Russian population, notes Anthony Cordesman, a military expert with the Center for Strategic and International Studies. Washington elders like Republican Senator John McCain insist that Obama should already be shipping guns and ammo to the Ukrainians, but White House officials rule out that option.

Obama isn’t totally ignoring Kiev’s pleas for help with its self-defense. On April 15 the White House issued an unusual confirmation that CIA Director John Brennan had visited Kiev a few days earlier, reportedly to discuss better intelligence sharing with the Ukrainians. The confirmation came only after Russia caught wind of the visit and publicized it, forcing Washington into a rare admission of a spy chief’s travel–and handing Moscow a propaganda coup. Ukraine’s recently ousted President, Viktor Yanukovych, who now lives in southern Russia, promptly accused Brennan of ordering the “Kiev junta” to conduct a violent crackdown against pro-Moscow “protesters.”

For now, Obama is letting U.S. Secretary of State John Kerry take the lead. Kerry has already spent hours with Russian Foreign Minister Sergei Lavrov to no avail–provoking scoffs that Putin is cynically using diplomacy to buy time and political cover. The notion is supported by a Wall Street Journal report that Putin wouldn’t take a call Lavrov placed amid a long meeting with Kerry in London in March.

Kerry was scheduled for another meeting with Lavrov in Geneva on April 17. Is he playing the role of useful dupe? Absolutely not, says the Administration official, who is familiar with the top diplomat’s thinking: “Kerry doesn’t harbor a shred of illusion about Lavrov or Putin.” Exhausting the prospect of diplomacy, he adds, “builds European support for tougher medicine.”

It’s possible the Europeans, and Washington, will administer a sanctions medicine tough enough to force a Putin retreat. But Kerry and Obama will be tempted to find a less confrontational solution, perhaps in the form of a political agreement leading to a federalized Ukraine whose regions enjoy autonomy. On April 14 the country’s Prime Minister said that work had begun on such a plan.

It might be Ukraine’s best hope. “We’ll never get anywhere through the use of military force,” Petr Mekhed, Ukraine’s Deputy Defense Minister, tells Time. “Our chances of saving [eastern Ukraine] are now in the hands of our politicians and their ability to sit down with the people there and talk to them.” That is, if the Russian army allows it. 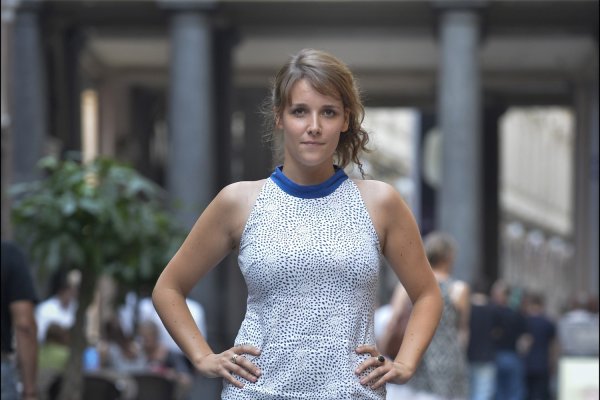