Old musicians don’t die or fade away–they just become franchises. Xscape, out May 13, is the latest in the biggest franchise of all: posthumous Michael Jackson albums. Epic Records mogul L.A. Reid worked with Timbaland to curate eight new tracks from Jackson’s vault of unreleased sessions, “contemporizing” the songs, which were recorded from 1983 to 1999.

To their credit, contemporized doesn’t mean gimmicky; even paint-by-numbers producer team Stargate went subtle, although it helps that Jackson’s voice is too singularly frenzied to be overshadowed by a mix. Consider “Love Never Felt So Good,” an opulent, warm disco-soul number, which evokes Off the Wall as much as dead-on 2014, because these days disco is so trendy it practically comes precontemporized. “Loving You” is even more earnest, its nostalgia only enhanced by the extramusical conditions.

Only “Blue Gangsta” sounds anachronistic, like Timbaland’s beatboxed-and-screwed trademark. It’s mostly safe and mercifully uncontroversial; as was Jackson’s tack, the scandal is all confined to the music. Though the title track rages against “the man with the pen that writes the lies that hassle this man,” even then, it’s not too obtrusive to pop. 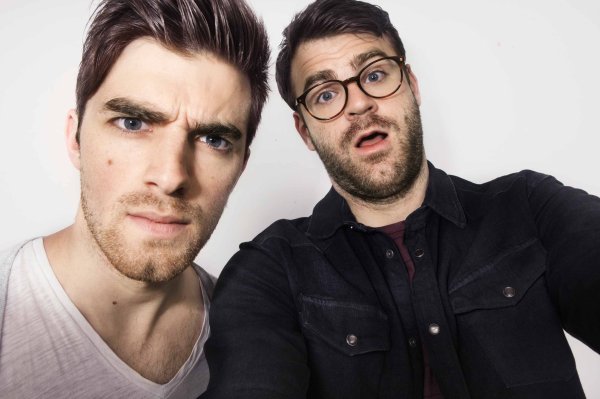 #Selfie Absorbed
Next Up: Editor's Pick