Selfies have been linked to mental illness, narcissism and addiction–none of which is news to the Chainsmokers, a New York City–based DJ duo who are rising to success with their infuriatingly infectious single “#SELFIE.” The song is pure audio click bait, from the hashtag in the title to its focus on the neologism du jour: Building on a stubborn earworm of a synth break, the two producers trade the euphoric vocals that often accompany electronic-dance-music singles for a satirical spoken-word track of a girl trying to take the perfect photo during a night out in a club. “Can you guys help me pick a filter?” she drawls. “I wanna look tan.”

Novelty dance songs are nothing new; hits from Aqua’s “Barbie Girl” to Psy’s “Gangnam Style” have stampeded radio, fueled by slick production and a catchy hook. But the Chainsmokers–that’s Alex Pall and Andrew Taggart–have nailed something trickier than the average hit. “#SELFIE” is arch social commentary dressed up as a floor filler. The girl (an uncredited vocal by their friend Alexis Killacam) hits just the right note of navel-gazing ennui as she obsesses over captions and the dubious affections of some dude named Jason. It’s hyperbolic; also, it rings spookily familiar to a generation growing weary of selfie-driven self-involvement.

The Chainsmokers’ ascent to stardom is being shepherded by legendary DJ Steve Aoki through his Dim Mak Records label. Aoki’s pal Paris Hilton tackled related subject matter in a surreal 2012 song, “Drunk Text,” which feels almost outmoded here in the Snapchat era. But “Drunk Text” didn’t take off, whereas “#SELFIE” reached No. 1 on the dance/electronic chart and is now a Top 20 radio hit. It belongs there, and not just because it’s timely. “#SELFIE” works because Pall and Taggart were clever enough to take the vanity pandemic that Instagram hath wrought and hold a mirror to it. Or, in this case, a front-facing camera. 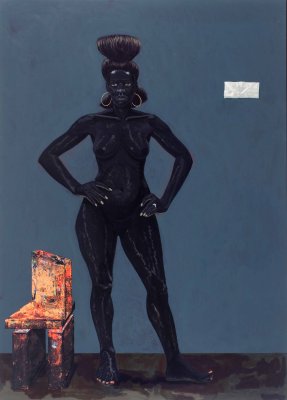