A minivan burns at the gates to a National Guard base in Mariupol, early Thursday, April 17, 2014
Nikolai Ryabchenko—AP
By David Stout

At least three pro-Russian militants were killed near Mariupol in eastern Ukraine, hours ahead of of a meeting between U.S. Secretary of State John Kerry and European, Ukrainian and Russian envoys in Geneva on Thursday.

According to a statement published by Ukrainian Interior Minister Arsen Avakov on Facebook, the three separatists were killed, with 13 injured and more than 60 demonstrators detained, after a firefight erupted near a Ukrainian National Guard outpost

The skirmish began after a pro-Russian crowd massed near the base on the Black Sea late on Wednesday and demanded the troops abandon their post. Shots were reportedly fired as the mob attempted to overrun the base.

The violence comes after Kiev launched “antiterrorism” operations earlier this week in a bid to counter the swelling insurgency in the country’s east.

Russian President Vladimir Putin, speaking in a televised interview on Thursday, said for the first time that Russian forces were deployed in Crimea ahead of the referendum held in March. Putin also underscored the point that Russian lawmakers had given him the go-ahead to use military force if required in eastern Ukraine, the New York Times reports.

Meanwhile, reports surfaced Wednesday that government troops handed over their armored vehicles to heavily armed Kremlin supporters as they defected in both Slovyansk and Kramatorks.

Despite the growing tension in the country’s east, Ukrainian Foreign Minister Andriy Deshchytsia said he believed it was still possible to deescalate the crisis through diplomatic channels during Thursday’s meeting.

“We are trying hard — not only Ukraine — but also the U.S.,” he told reporters after arriving in Geneva on Wednesday.

“However, the time is now, not only to express concern, but to look for a more concrete and adequate response to Russia’s plans and actions.”

Ahead of the talks, President Barack Obama made veiled threats of employing further sanctions against the Kremlin if Russia continues to support anti-Kiev militias that have been seizing government buildings across eastern Ukraine.

“Mr. Putin’s decisions are not just bad for Ukraine, over the long term they’re going to be bad for Russia,” President Barack Obama said during an interview with CBS on Wednesday.

On Wednesday, the European Commission also noted that increased sanctions on Moscow could have potentially much larger economic consequences for certain European states that rely extensively on Russian energy supplies and are more integrated with its economy. 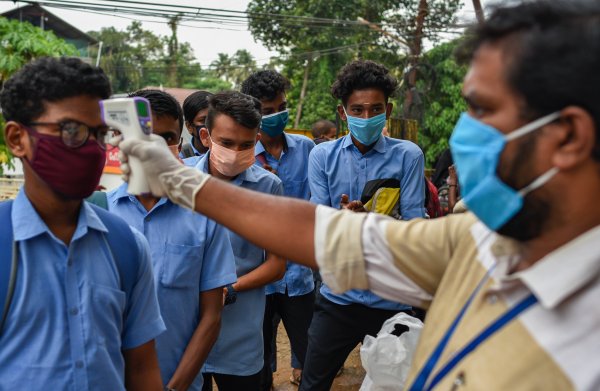