Got What It Takes to Be a Corrupt Chinese Official? Take This Quiz to Find Out

Want to understand corruption? Get inside the minds of the corrupt. That seems to be the thinking behind a quiz developed by a Chinese scholar and published online by state press.

Professor Di Xiaohua, head of the Crime Prevention and Control Research Institute at Nanjing University, interviewed 47 Chinese prisoners and analyzed the results of 200 surveys to get a better sense of what leads officials astray, reports China Daily. Then, working with local officials, Di developed a 34-part questionnaire designed to test corruptibility. Here are some head-scratchers, translated from the Chinese:

And on to the multiple choice:

The timing couldn’t be better. President Xi Jinping wants to make tackling graft one of his hallmarks, vowing to target high-ranking “tigers” and lowly “flies” in a sweeping anti-corruption drive. It’s a campaign that’s seen many a cadre land in prison and quite a few nightclubs closed. In Jiangsu province alone, 10,357 corrupt officials were punished in 2013, China Dailynotes.

The survey has already been used to test 2,000 civil servants, but their results were not publicly disclosed. The goal, it seems, is not “gotcha,” but personal growth. “The answers will only be known by those who set the test, but the test can act as a kind of self-education,” a local official told the press. That’s good news for nervous quiz-takers — although any venal official who couldn’t ace this test probably wasn’t on the road to ill-gotten riches.

—With reporting and translation from Gu Yongqiang 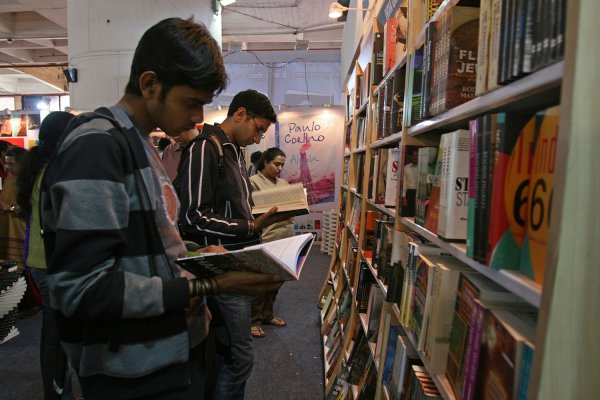 Sex, Lies and Hinduism: Why A Hindu Activist Targeted Wendy Doniger’s Book
Next Up: Editor's Pick