The 8 Best Alternatives to the Microsoft Surface

If you want a tablet built for productivity, but can’t stomach the Microsoft Surface, you might feel stuck.

You could go with the iPad. Apple tells us its tablet is made for work, the chosen device of high school football coaches, heart surgeons, and teary-eyed grandparents meeting newborns over FaceTime. But let’s be honest: For every one iPad-assisted heart surgery, there are 100 beer-bellied, Cheetos-eating Americans doing nothing but belching their way through Cut the Rope 2. There’s nothing wrong with this: Just don’t call it productive.

Meanwhile, other popular tablets do various tasks well, like the Kindle Fire HD (reading), Galaxy Note 10.1 (writing and drawing with a stylus), and Nexus 7 (logging into Google Plus), but none come close to serving as a proper laptop replacement.

We understand how you feel. We set out to pick eight solid alternatives to the Surface, each designed for true productivity. Choose your own adventure by picking the problem that matches yours most closely:

Give Microsoft credit for trying. From the initial “no compromises” mission, to the highly-publicized Windows 8.1 Update, the tech giant has packed in new features almost as fast as it’s churned out youthful, ethnically diverse Surface ads. Unfortunately, limited app support and a half-mobile-half-desktop interface continue to plague the operating system. With that in mind, here are some top alternatives that don’t run on Windows (with the corresponding Surface product included for comparison purposes):

It may not come with a detachable keyboard, but the new Galaxy Note Pro is too powerful, and — literally — too big to ignore. With a massive 12.2-inch screen, 2.3 GHz processor, and 3 GB of RAM, its spec sheet reads more like a laptop than a mobile device. Take notes in class with the handy stylus, then grab a third-party keyboard to type up the essay back home, laptop free. You can give mom your old ThinkPad for Christmas.

The old standby, the TF701T is so committed to its half-tablet-half-laptop design that ASUS threw the word “Transformer” into the name — even after Michael Bay’s film series went off the rails and submarined Shia LaBeouf’s career. It’s not quite the technical achievement of the Note Pro, but the detachable keyboard comes built-in, and it’s over $200 cheaper than its Samsung competitor.

So you’re not ready to give up on a laptop, but you’d still like a lightweight device for doing a bit of work between flights. Consider the following:

Cheaper and more compact than its stylus-wielding big brother, the Galaxy Tab Pro 8.4 is nonetheless a powerful little tablet, with the same 2.3 GHz processor and quad core CPU. Snap up a third-party keyboard and slip this small-but-mighty gadget into your carry-on. Better yet, it’s half the weight of your buddy’s 4th-generation iPad (and a third lighter than the iPad Air).

Okay: we lied. If you can force yourself to put down the Cheetos, the iPad can accomplish a thing or two between five-hour Minecraft building sessions. Grab Microsoft’s newly released Office suite for iPad, poke around in view-only mode, and dream about all the work you’re about to get done.

Finally, note Office’s $100-per-year subscription fee, delete the app, and get back to your cheap, time-wasting mobile games.

For Windows Fans Who Can’t Stand the Surface

Maybe you actually like Windows, but the Surface itself just doesn’t do it for you. Perhaps it’s the tablet’s unpredictable battery life, or else you just can’t trust a piece of hardware from the same company that brought us the Zune. Regardless, here are our top picks for Windows 8 tablets not designed by Microsoft (again, with the corresponding Surface included for comparison):

Though it’s been around since late 2012, the Dell XPS is still the best Surface alternative for truly serious Windows users. With 18 inches of screen real estate and 8 GB of RAM, you’ll have plenty of space and memory to do a dozen tasks at once. Just keep in mind that this titan of tablets is over five times heavier than an iPad Air.

The Venue 11 Pro actually beats the XPS 18 in most technical categories, from processor speed to battery life — and that’s not to mention its far superior portability. If you plan to use your tablet mostly at your desk, grab the XPS. If you tend to live on trains and planes, however, consider the Venue 11 Pro.

Take the classic flexibility of the ASUS Transformer pad, slap on Windows 8, and sell it for a modest $350. You’ve got yourself an ASUS Transformer Book T100. Even if you don’t mind the Surface, but just want to save $100, this tablet is a solid choice.

With Windows 8.1, a $499 MSRP, a low-profile kickstand, and a thin keyboard attachment, you might confuse the Samsung ATIV Tab 3 for the Microsoft Surface 2 itself. Yes, Samsung, that’s a backhanded compliment. But the ATIV Tab 3 still provides a competent, no-frills alternative to Microsoft’s latest creation. Throw in Samsung’s long, reliable track record for hardware, and the ATIV Tab 3 is a safe buy for Windows fanatics. 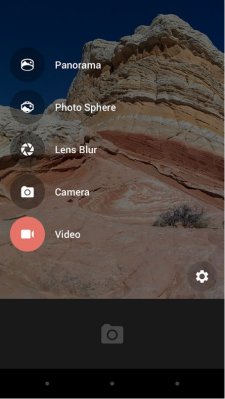 Google Updates the Android Camera App with New Features
Next Up: Editor's Pick