FarmVille Is Back -- and This Time, It's Portable

In FarmVille 2: Country Escape, your farm is on the coast--and on your phone or tablet
Zynga
By Harry McCracken

Remember FarmVille? Of course you do. Once upon a time, circa 2010, chances are that you either played it on Facebook or were annoyed by addicted friends seeking your help tending to their crops. It was the Facebook game that made Facebook gaming famous.

A lot has happened since then — particularly to Zynga, FarmVille’s creator. The company boomed, went public, paid a lot of money to buy Draw Something developer OMGPOP, saw its stock crater, went through multiple rounds of layoffs and brought in former Xbox chief Don Mattrick to replace founder Mark Pincus as CEO. Although the FarmVille franchise is no longer a phenomenon, it’s still important to Zynga: In its last quarterly results, it reported that its first and third highest grossing games were FarmVille and FarmVille 2, respectively.

The new Zynga wants to be a much bigger player in mobile gaming, a category where King’s Candy Crush Saga is enjoying a reign of pop-culture dominance that’s reminiscent of Farmville back in the day. And it’s bringing FarmVille along with it, in the form of FarmVille 2: Country Escapes, a game for iOS and Android that’s launching worldwide today. (It’s already been available in Canada and a few other countries as Zynga tested and tweaked it before the full rollout.)

This isn’t FarmVille’s debut on mobile devices: That came with an iPhone app back in 2010. But it’s the first version designed with mobile devices in mind from the get-go, and that competes with existing mobile farming games such as Supercell’s Hay Day.

As the name indicates, FarmVille 2: Country Escape is an extension of FarmVille 2, which modernized the famously blocky franchise with fancier 3D graphics when it premiered in 2010. Visually, it’s quite similar, with the same adorable little farm folk and animals, rendered with lots of details and little animated flourishes. You touch and swipe your way around your land in a manner that, if anything, feels more natural than the pointing and clicking of FarmVille in its Facebook incarnations.

But FarmVille 2: Country Escape isn’t just FarmVille 2 in app form. In fact, it doesn’t even involve the same farm. You start all over again with new farmland nestled on a cute little coast, and the gameplay, while still involving tending to crops and animals, is quite different in its details. (The two incarnations are linked through a feature that lets people who have farms in both games move goods such as water and sugar between them.)

You can connect FarmVille 2 to Facebook, iOS’s Game Center (iOS) or Google Play Games, play with friends and speed your progress by forming co-ops with other players. But in a FarmVille first, you can also opt to play in standalone mode, without having to go online at all. “Friends are not required to play this game, ever,” says Zynga VP of Games Jonathan King. “As you can imagine, that’s a big deal for FarmVille.”

Though the game looks and feels like FarmVille, it’s not aiming to be a FarmVille-like timesink. Instead, in recognition of the fact that people often use mobile devices when they’re doing stuff like waiting in line at the grocery store, it’s designed to provide more instant gratification. “You can have a short session that actually has meaning,” Knight says. “You don’t have to feel that every time you open FarmVille, it’s a giant commitment.”

As always in FarmVille, there are forms of currency you can trade for items, including both ones you can earn and ones you can buy with real money. New this time around are stamps that can be traded for prize animals, such as a special cow capable of producing more milk than the game’s plain old cattle.

FarmVille 2: Country Escape may rejigger the FarmVille experience in multiple ways, but Zynga hasn’t fundamentally reimagined it. I asked Knight about where the series might go, especially in light of Zynga’s acquisition in January of NaturalMotion, whose Clumsy Ninja iPad game features spectacular production values more reminiscent of a Pixar movie than a Zynga game. Though he didn’t have anything specific to share, he told me that the company sees lots of opportunity to embrace new technologies and take the franchise new places.

“We think FarmVille is an evergreen,” he says. “I expect FarmVille on the Holodeck in a couple hundred years.” 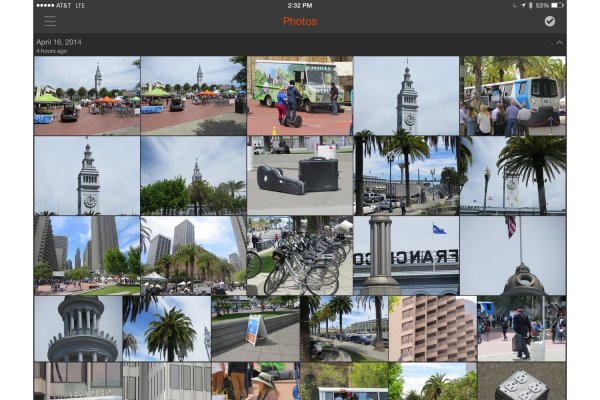 Eyefi Cloud Is the Best Wi-Fi Camera Experience Yet
Next Up: Editor's Pick