In a joint appearance at a community college in Pennsylvania Wednesday, President Barack Obama and Vice President Joe Biden announced $600 million in investments in job training programs. The investments are a part of the Administration’s ongoing efforts to follow through on Obama’s agenda without Congress’ help by redirecting existing funds to job training efforts.

The administration is asking more colleges to partner with businesses and industries to prepare students with the skills businesses are looking for in potential employees. Obama said Wednesday the Labor Department is offering $500 million worth of grants to community colleges with these types of programs as a part of an existing Trade Adjustment Assistance and Community College and Career Training competitive grant program, which has previously rewarded schools that connect out-of-work Americans with jobs in regional economies. Obama also touted a $100 million expansion of apprenticeship programs, which the administration calls a proven path to employment and entry into the middle class. About 87% of apprentices are employed upon completion, and the average starting wage is around $50,000.

“The bottom line is if you’re willing the work to get a promotion or get a job America’s job training programs should be working to give you a chance,” Obama said.

The goal, Obama says is to provide more good paying jobs and ensure employees have the training necessary to obtain them as a part of his four-part opportunity agenda. The President also called on Congress to invest in ready-to-work programs that support better training, though he noted the work he’s doing can be done without their help. Obama has called on Vice President Biden to lead the effort to improve American job-training. Biden said Wednesday he’s working to help more Americans find work industries that have been expanding in the aftermath of the recession so that more can ascend to the middle class.

The President and Vice President appeared at the Community College of Allegheny County’s West Hills Center, which Obama said is representative of the kind of job training the administration is trying to encourage across the country.“We need to take a job-driven approach, that’s what you’ve done in Allegheny County,” Obama said.

“The point is real simple; the backbone of this country is a strong and striving middle class,” Biden said. “It’s been the distinguishing feature of our economy for the last 150 years.” 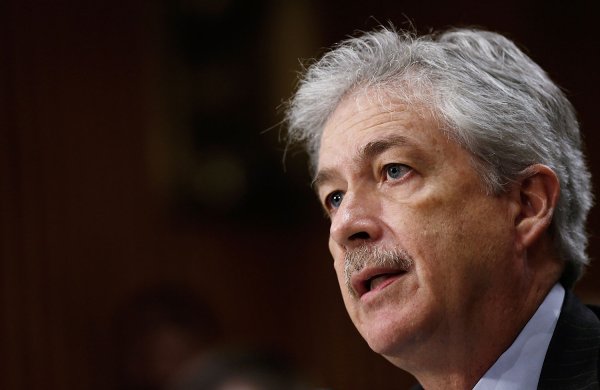 Top U.S. Diplomat Will Retire
Next Up: Editor's Pick