Dear Religion, I Quit You!

When I was a kid, my dad would let me stay up and watch “Cheers” each week. Granted it’s not the most “kid friendly” show, but I could’ve cared less. I was getting to stay up past my bedtime!

My parents divorced when I was 3, and from about 3rd grade on, my big brother and I, grew up with our dad. That’s right…3 bachelors. And what better way to establish top notch parenting skills than to immediately let this 3rd grader start staying up past 9pm central time to watch “Cheers!” You must remember, the Disney channel didn’t really exist yet, so it was up to Sam Malone, Cliff Clavin and Norm to give this kid a few life lessons.

Ahhh Norm. I LOVED Norm. Forget ever understanding any of the jokes. All I knew was, every week, Norm would walk through that door and the whole place would yell “NORM.” Heck I was yelling it too!

For a kid feeling like I was being tossed around between parents, the idea of a place where you were accepted day in and day out resonated deeply within me! Even the theme song to “Cheers” was practically a church hymn because it stirred me so much. “Sometimes you wanna go where everybody knows your name. And they’re always glad you came!” Man I would belt that at the top of my lungs the same way I am right now as I write this. Dang that’s a great song!

I’m 41 now. I’m married to the most amazing woman and have 5 kids. And I’m just now understanding my connection to that show. I’ve spent my whole life looking for grace. REAL grace. Not religion, but grace. There’s a difference ya know. I found “religion” at 13. I bought in hook, line and sinker. Grace? I discovered grace about 2 years ago. It has changed me to the core, and I ain’t going back.

Grace says “Rest in the finished work of the Cross.”

Grace says “God has been pleased with you since the day you called His name!”

Religion says “Being good is a start.”

Grace says “Christ on the cross is enough.”

Religion says “Get it right!”

Grace says “I’ll be there when you get it wrong!”

Grace says “We’re Holy, righteous and redeemed. So when you do sin, it’s ok.”

Grace says “You have the heart and mind of Christ

Grace says “Give up.”

I did everything religion told me to do for a long time only to end up frustrated, beat down and jaded. I couldn’t keep up. No matter how hard I tried, it was never enough. So I decided to quit. And I did.

Then the craziest thing happened. Grace appeared. No, I take that back…I stopped long enough to see grace. I believe my life has been covered by grace since I trusted in Christ at age 13. I just had to turn 40 to notice.

Let me put it this way, if you were drowning, you wouldn’t really be in a place to lend a hand as far as being rescued. You’d be at the mercy of the lifeguard. Once pulled out, you may be a little out of it, not sure where you are, but safe nonetheless.

Then it sinks in. You start to realize someone just saved your life! How could you ever repay this person for saving you? You don’t have to be reminded to be grateful…you are freaking ALIVE! You have a new lease on life! From that point on, nothing will ever be the same.

I was rescued at 13. I realized it at 40. For me, life has just begun! I no longer have to be reminded to be grateful because I am freaking ALIVE! When I walked out on religion, I walked into a place where, as if I were Norm himself, grace screamed,”BARRRRRRRT!!! IT’S ABOUT STINKING TIME!”

Bart Millard is the lead singer of the Grammy-nominated, multi-platinum selling band MercyMe, who just released their eighth studio project, “Welcome to the New,” which debuted at No. 4 on the Billboard 200. Listen to “Greater,” which appears on MercyMe’s latest album, below. 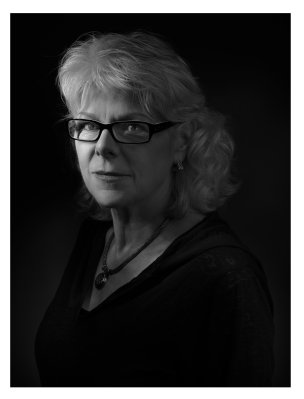 Finding God in the Darkness
Next Up: Editor's Pick