Resorts are trying to get skiers locked in as loyal guests next season—and simultaneously keep them away from competitor mountains—with major deals for early-bird purchases.

America’s biggest ski resorts are at it again. For a variety of reasons, starting with recent seasons of less-than-stellar snow and ending with increasingly aggressive tactics in the pursuit of customer loyalty throughout the industry, resort companies are upping their game to convince skiers and boarders that they should pay for next season’s skiing mere days after the current season has ended.

And how do they get customers to commit so far in advance? By waving special offers that are often so good customers can’t refuse.

Two of the industry’s biggest players, Vail Resorts and Intrawest, make it easy even for those who are currently struggling to pay off credit card bills related to the ski season just in the rear-view mirror, by allowing customers to lock in pass prices now with only a $49 down payment. Once that’s been paid, the company has your credit card information—and before next ski season begins, your card will automatically be charged for the balance.

Vail, which owns and operates ten major ski resorts, including Vail, Beaver Creek, Breckenridge, Heavenly, and Kirkwood, offers a wide variety of passes. The unrestricted Epic Pass is at the top price-wise, running $729 (up $40 from special prices available last summer), with a range of cheaper options for special buyer categories (kids, seniors, college students) and for skiers who can live with more restrictions (blackout dates, fewer resorts, etc.). Considering that a single-day walkup ticket can run well over $100 at a place like Vail, it’s easy to see how these season passes are well worth the money for even a moderate skier who figures to log in, say, 10 or 12 days of making turns each winter.

For diehards putting in a few dozen days per season on the mountain, these passes are no-brainers. They’re probably even underpriced. Why, then, do ski companies keep prices so low?

The big reason is that they want skiers to commit their money—and their loyalty—early, long before anyone can tell if the season’s snow will be good or bad (and potentially not worth the trip at all). They also want customers to commit because doing so largely eliminates the possibility that these skiers will wind up spending a day, let alone an entire week’s vacation, at a competitor resort. After you’ve already coughed up a few hundred bucks for a pass, after all, you’ll want to use it rather than paying more money out of pocket.

The ski companies are also well aware of the powerful trickle-down effect of selling one pass. The likely result is that the passholder will wind up spending money in resort-area restaurants, bars, and hotels, perhaps over the course of seven, ten, or many more days. And pass purchases beget pass purchases, as skiers and boarders tend to buy passes at the same places as their skier and boarder family and friends.

In fact, the Intrawest Passport pushes group sales by directly incentivizing family and friends to buy their passes together. One adult pass, which grants six days of mountain access at each of the company’s six North American resorts (including Steamboat and Winter Park in Colorado, Stratton in Vermont, and Tremblant in Quebec), costs $589. But up to five additional adult passes purchased at the same time cost $449 each, and up to five kids ages 12 and under are totally free. The deal gets more appealing when you add more people to the mix—and bringing more customers to Intrawest’s resorts is exactly what the company wants.

Each of the many ski pass programs in North America features different price points and inclusions, but they all have one thing in common: They want your money asap. Intrawest is only guaranteeing current pricing through April 30. The Mountain Collective, which provides two days apiece at resorts like Whistler-Blackcomb and Aspen-Snowmass and 50% off the regular rate thereafter, is throwing in an extra free day at your choice of mountains for a vague “while supplies last” period. The Mountain Collective pass is now $359, up from $349 last season, and runs $99 for kids 12 and under.

Another pass partnership, the Powder Alliance, hasn’t announced its policies for the upcoming season yet. If they remained unchanged from 2013-2014, all season passholders from a dozen resorts will automatically get three free days each at all of the other participating resorts, including Stevens Pass in Washington, Crested Butte in Colorado, Snowbasin in Utah, and Schweitzer in Idaho. And yes, you can expect discounts for buying passes early. The pricing at Schweitzer, for instance, generally calls for 2014-2015 passes to rise by $100 as of June 1. The takeaway is pretty obvious: Smart skiers will want to lock in a lower price now. 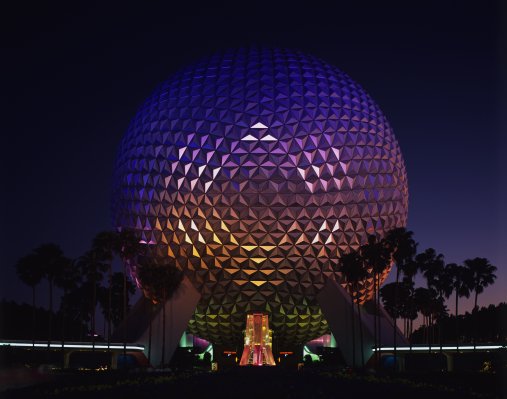 For an Extra $35 You Can Stay Inside Disney After the Park Closes and Drink
Next Up: Editor's Pick