Venus looks bigger than Jupiter, so long as you’re looking at them with your naked eye, but when observed through a telescope the planets seem to swap sizes: Jupiter looks bigger than Venus. Italian physicist, mathematician and astronomer Galileo Galilei puzzled over this mysterious switcheroo some 400 years ago and speculated it had something to with an “impediment of our eye.”

According to The Independent, scientists now have a more thorough explanation. Our perception of light, as it passes through the eye, tends to enlarge radiant objects set against a dark background. Venus, with its “radiant crown” outshines the less-than-lustrous Jupiter, and therefore appears eight to ten times larger to our deceptive peepers. Turns out the legendary 16th century scientist wasn’t far off. 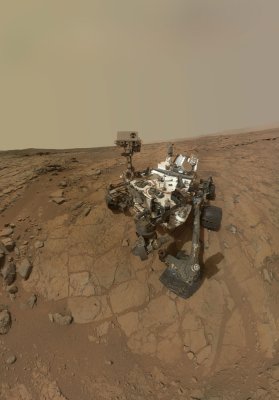 Curiosity Rover Takes Its First Pic of Earth From Mars
Next Up: Editor's Pick