How to Generate Solar Power Where the Sun Don't Shine

A powerful arc lamp is used to simulate sunlight on a sample of photoswitchable molecules, driving structural changes at the molecular level. A portion of the light's energy is stored with each structural change. The progress of these changes can be tracked by monitoring the molecules' optical properties.
MIT
By Matt Peckham

Solar power, it goes without saying, requires solar radiation, which if you’re thinking like a solar traditionalist means a shining sun. But the key to upending that sort of conventional thinking about how we sip “free” energy from the massive thermonuclear fusion reactor seething at the center of our solar system — and, critically, store it when the sun ain’t shining — turns out to involve a little something at the crux of a slew of recent breakthroughs, including the hypothetical continuation of Moore’s (currently doomed) Law.

Meet carbon nanotubes: atom-thin layers of carbon rolled into incredibly tiny tubes — carbon being a chemical element that, among other things, allows us and all other forms of organic matter to exist.

According to MIT News, researchers at MIT and Harvard have fashioned carbon nanotubes capable of absorbing the sun’s radiation and storing it in chemical form, where it can then be tapped at will to generate heat on demand. Heat alone, that is, and probably not electricity, since converting the thermal energy to electricity would nullify efficiency gains. But imagine a versatile, environmentally nil sort of thermal nano-battery that you could use to provide heat for cooking or warming or anything else that might benefit from economically captured and ready-stored high temperature fuel.

According to the researchers, publishing in the journal Nature Chemistry, we need far better ways to store energy — it’s one of the precepts behind mainstreaming solar power. “Other than liquid fuels, existing energy-storage materials do not provide the requisite combination of high energy density, high stability, easy handling, transportability and low cost,” they write.

Their solution: take special types of molecules known as molecular switches, capable of being switched (and reversed) between various states — a process known as photoswitching — and expose them to sunlight. When you do so, they absorb the energy and shift to a kind of “tense” storage state, and they can remain in that state for a long time. Then, all you need to do is give them a jolt, causing them to “relax” and discharge the energy in the form of heat. And best of all: the transaction is emissions-free — you can use it continuously, and the materials are never consumed.

The working cycle of a solar thermal fuel is depicted in this illustration, using azobenzene as an example. When such a photoswitchable molecule absorbs a photon of light, it undergoes a structural rearrangement, capturing a portion of the photon's energy as the energy difference between the two structural states. When the molecule is triggered to switch back to the lower-energy form, it releases that energy difference as heat.
MIT

The trick in this case lays in getting the molecules packed tightly enough to make the idea tenable. When the researchers tried to link their molecular switches to carbon nanotubes, they found they couldn’t get them half as close as their computer simulations indicated they’d need to. But it seemed those simulations might be wrong: Even at less than half the requisite modeled density, the synthetic material was meeting their heat storage demands.

Digging deeper, they discovered what was really going on: The photoswitching molecules were attaching to the carbon nanotubes in a way that brought the molecules themselves together much more closely than surmised.

As usual, the laboratory version is just that — a laboratory model. According to Defense One, the MIT/Harvard team is currently looking into other types of photoswitching molecules and underlying layers (like the carbon nanotubes) in hopes of increasing the amount of chemically storable solar energy, as well as finding more viable ways to scale these storage mechanisms up. 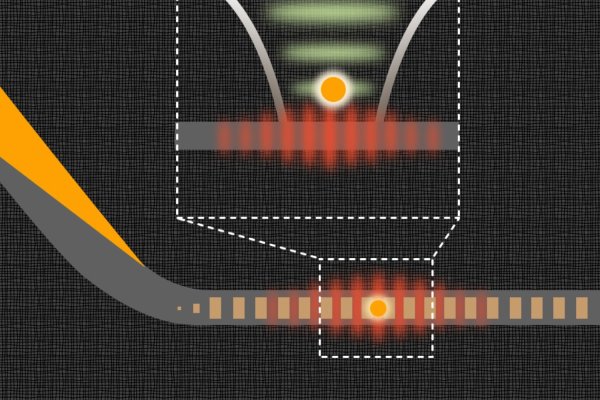