Among Kids, Soda Is Out, Energy and Coffee Drinks Are All the Buzz

Kids are drinking less soda, but more coffee and energy drinks, according to a recent study.

In research published in the journal Pediatrics, researchers looked at trends in caffeine intake among people ages 2 to 22 between 1999 to 2010. They found that in 1999, 62 percent of kids and young adults got most of their caffeine from soda. But in 2010, that number dropped significantly to 38 percent.

Overall during the time period, researchers found that 73 percent of young people consumed some caffeine on a given day. Even more startling was the fact that 63 percent of kids aged between 2 and 5 consumed caffeine.

The researchers speculated that increased awareness over the link between soda and obesity could be one of the reasons fewer young people are guzzling sodas. But any increase in energy drink consumption among youth is concerning, given that high levels of caffeine can have a greater impact on smaller bodies. The American Academy of Pediatrics says energy drinks “should never be consumed by children or adolescents.”

Caffeine in moderation is considered safe by the FDA, among adults at least. The agency says 400 milligrams a day or about four to five cups of coffee is not considered dangerous for an adult, but the FDA has no recommendations for kids. Last May the agency announced that it is taking a closer look at the safety of caffeinated products for kids and adolescents. The investigation is still under way. 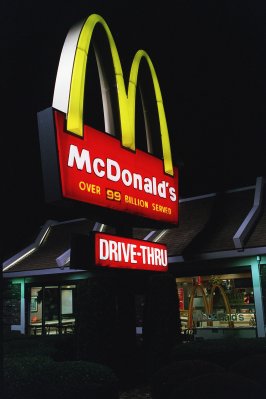