Apple and Google already allow you to remotely lock a lost or stolen phone, but now more phone makers and carriers are joining in with promises to include “kill switches” by July of next year.

The voluntary commitment, outlined by the wireless trade group CTIA, includes four capabilities that all smartphones must include:

AT&T, Sprint, T-Mobile and Verizon have all agreed to allow these features on the phones they sell. Apple, Google, HTC, Huawei, Motorola, Microsoft, Nokia and Samsung have signed onto the agreement as well.

The industry hasn’t always been so keen on kill switches. Samsung reportedly tried to offer this anti-theft feature last year, but said that wireless carriers had rejected the idea. At the time, the CTIA said mandatory kill switches could become vulnerable to hackers, who could then disable users’ phones remotely.

It’s unclear why the CTIA has changed its mind now, but the group may be trying placate lawmakers with a voluntary commitment under its own terms. Worth noting is that the commitment doesn’t require phone makers to enable the kill switch by default.

For that reason, some lawmakers such as California state Senator Mark Leno aren’t satisfied. In a statement to Recode, Leno said the kill switch will only deter thieves if they know most smartphones will be rendered useless. (It’s sort of like herd immunity, where even the non-immune are protected as the epidemic stops spreading.)

Apple provides a good model for how the system should work. When users set up their iPhones for the first time, they’re given a prominent option to enable Find My iPhone, so new users should be well aware of the feature. As of iOS 7, Find My iPhone includes an Activation Lock feature that prevents thieves from erasing or reactivating the device. Google has taken similar steps recently with Android Device Manager, which gained a remote lock feature last fall.

The key is for phone makers and carriers to teach users about these features, so they know what to do when their phones are lost or stolen. But that’s a lot trickier to legislate. 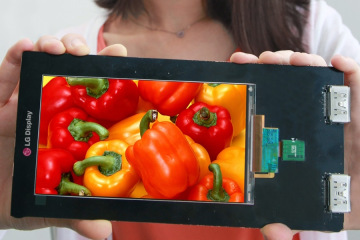 LG Is Definitely Putting a Quad-HD Screen in Its Next Big Phone
Next Up: Editor's Pick