Military vehicles flying Russian flags have been seen in eastern Ukraine. They appear to have defected from the Ukrainian army.

The Associated Press reported of a column of combat vehicles with Russian flags driving through the city of Slovyansk. One soldier said he was a part of the 25th brigade of Ukraine’s airborne forces and that they have switched to the side of the pro-Russian forces.

Ukrainian forces advanced to the eastern town of Kramatorsk after retaking the local airfield, in a Tuesday “antiterrorism” operation lauded as a victory by acting President Oleksandr Turchynov. However, the military defections, as well as a fresh takeover of the mayor’s office in the industrial city of Donetsk by pro-Russian militants, add to serious questions over Kiev’s ability to take on the separatists and Moscow’s military might.

Meanwhile, the verbal tensions are continuously ramped up. On Wednesday, Ukraine’s security service said they had intercepted a message from Russian commanders giving pro-Kremlin occupiers “shoot-to-kill” orders, while Russian state-run newspaper Pravda claimed that Ukrainians in the south-east were ready to form a human chain to stop Kiev’s military advances.

The Kremlin has called on the world to condemn the ongoing counteroffensive and warns of a looming civil war. In a Facebook post Tuesday, Prime Minister Dmitri Medvedev hinted at American interference in the events, urging Ukrainians to root for a future “without usurpers, nationalists and bandits, without tanks or armored vehicles — and without secret visits by the C.I.A. director.”

Moscow has denied any meddling in the worsening crisis, but accusations continue to mount. On Tuesday, Ukrainian First Deputy Minister Vitali Yarema told Channel 5 that elements of Russia’s 45th Airborne Regiment had been spotted in the towns of Slovyansk and Kramatorsk. And on Monday, a recording reportedly made by the Ukrainian security service SBU, appeared online. The audio features four supposedly Russian operatives discussing strategy, weapon stockpiles and requests for reinforcements, and references are made to the ambush on April 13 when a Ukrainian anti-terrorism official was killed and nine others seriously injured.

Armed pro-Russian elements have occupied government buildings across eastern Ukraine over the past two weeks, defying ultimatums posed by the Ukrainian government. With Ukrainian forces now striking back, fears are growing of a possible invasion by Russian troops, who have amassed in the tens of thousands along the Ukrainian border.

Meanwhile, Tomasz Siemoniak, defense minister of Ukraine’s neighbor Poland, has called upon NATO to station a significant number of troops in eastern Europe.

“What is really important is the strengthening of NATO’s eastern flank,” Siemoniak said. “It is important that the U.S. feels that if it resigns from its global role, then the world, and thus the U.S. itself, will be less secure.” 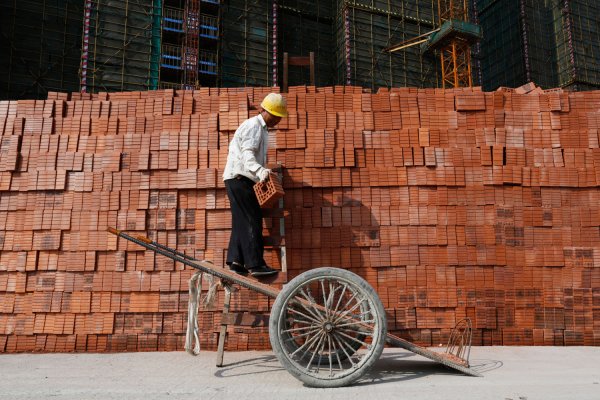 Don’t Be Fooled by China’s Robust Growth
Next Up: Editor's Pick