With the debut this weekend of the new trailer for HBO’s next season of Game of Thrones, fans can get excited by more of King Joffrey being nasty at 0:06, Tyrion in handcuffs at 0:41, Arya remembering her sword skills at 1:00…and some new dude, at 0:45 and again around 1:06.

Viewers of the show who have also read the books on which they’re based will probably be able to guess who this new character is, but TV-only Westeros devotees have some surprises ahead. Here’s our breakdown of some of the new characters and actors who’ll be appearing for the first time in Season 4, which picks up the plot partway through the third book in the series.

The truly un-spoiled should stop here. Information follows that is about one level of giving-things-away beyond watching a trailer.

(MORE: The Real Story Behind the Red Wedding)

First, the guy in the trailer who tells Tyrion that Lannisters aren’t the only ones who pay their debts is the Red Viper, Oberyn Martell, played by Pedro Pascal. He is a prince of Dorne, the region at the south of Westeros. He is a brother of the late Princess Elia Martell, who was married to Rhaegar Targaryen and whose rape and murder by Gregor Clegane during the ouster of the Targaryens has yet to be avenged. Though she’s not obvious in the trailer, Indira Varma will appear as Ellaria Sand, his paramour.

Other news in the realm of new characters includes:

-The actor Roger Ashton-Griffiths will appear in Season 4 as Mace Tyrell, father of Margaery Tyrell and Lord of Highgarden.

–Morag Craster, played by Deirdre Monaghan, is a character who does not appear by name in the books, but the character of Craster — a Wildling who is medium friendly to the Night’s Watch and is presumably Morag’s father and/or husband — first appeared on the show in 2012. Other characters with no direct book parallels are the one-named Lhara, played by Sarine Sofair, and Lord Blackmont, played by Daniel Rabin; while House Blackmont is a Dornish family from the books, which includes a “Lady Larra” who has a son, but it’s not yet clear exactly how that family tree will translate to television.

-Several casting items indicate that the series will spend some time in the Vale, home of familiar characters like Lisa Arryn. Ser Donnel Waynwood (played by Alisdair Simpson) and his mother Lady Anya Waynwood (played by Paola Dionisotti) will appear for the first time, as well as Bronze Yohn Royce (Rupert Vansittart). 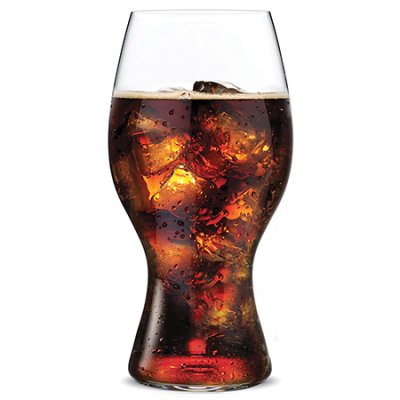 This Special Glass Promises to Make Your Coke Taste Better
Next Up: Editor's Pick