What Gene Sperling Learned in the White House

The outgoing director of the White House National Economic Council, Gene Sperling, waits to speak during an event on the White House grounds Jan. 16, 2014 in Washington.
Brendan SmialowskiI—AFP/Getty Images
By Zeke J Miller

A departing top Obama administration economic adviser reflected on 20 years in the trenches of Washington policy on Tuesday, wringing his hands over the changing nature of Republican opposition.

Gene Sperling, the outgoing director of the White House National Economic Council who served in both the Obama and Clinton White Houses, said he preferred the unified, stronger GOP opposition of the Clinton era, and that today’s Republican leadership isn’t strong enough to seal bipartisan agreement.

“I think that in the Clinton administration what was often the most difficult was having a unified and strong opposition,” he told reporters at a breakfast hosted by the Christian Science Monitor. “And I think this time around, we learned the challenges of having a divided opposition when you want to get things done. So that even where there is a strong desire from parts of the leadership to get a budget agreement it’s hard for them to stay at the table, because they are not unified enough to stay at the table to finish an agreement.

“They’re not unified enough to move forward on in important issues, such as passing immigration reform,” Sperling said.

“The challenges in the Clinton administration were the strength and unity of the opposition,” he continued. “But we did see that when there was a desire to get an agreement like the 1997 balanced budget agreement, there was a path that would allow you to get this done. … That division has been to me the number one obstacle to completing some of our more important legislation, such as some of the budget negotiations.”

Sperling, who is scheduled to leave the White House in the next few weeks to rejoin his family in California, reflected on his toughest moment in government service.

“I would say that I wasn’t technically in the White House, but I would say there was never a more difficult period in my government service than my first six months at Treasury: the speed and breakneck pace of the financial crisis,” he said. “I remember the president asked me in the first couple of months, ‘you were in the Clinton administration was it always like this? Is it always like this?’ And I said well you know I used to consult with The West Wing and they used to ask me ‘is it realistic,’ and I’d say well it’s kind of realistic, it’s just that they condensed six months into one hour. And I think when you are in the middle of the financial crisis, you feel like you’re condensed six months into a day or a week. I think that most of use involved there we are proud of how things worked out.” 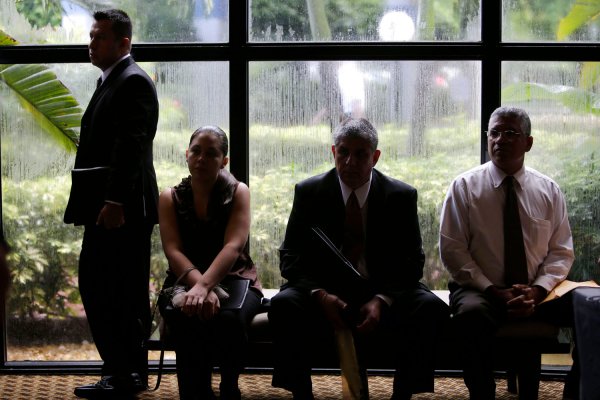 Jobs Grew at Sluggish Pace in January
Next Up: Editor's Pick