Yahoo is continuing its turnaround inch by inch under Marissa Mayer, but it’s a different company that’s currently juicing the Internet giant’s stock price. Yahoo posted decent financial results for the first quarter Tuesday, but the company’s shares leapt 8% in after-hours trading, on the strength of Alibaba, a fast-growing Chinese e-commerce company in which Yahoo owns a 24% stake.

Yahoo pulled in $1.13 billion in revenue in the first quarter of 2014, a drop of 1% from the same period last year that still beat analyst projections of $1.08 billion. Excluding traffic-acquisition costs, Yahoo revenue inched up a single percent year-over-year. Display-ad sales were flat, at $453 million, while search-ad sales increased 5% to $445 million year-over-year. The company’s operating income was $30 million, down 84% from $186 million in the same period last year. Earnings per share were 38¢, beating analyst estimates by a cent.

“I feel confident in the foundation we built in 2013,” Mayer said in a conference call with investors. “Our early but modest success in 2014 is evidence we are on the right course.”

Under Mayer, Yahoo has engaged in a flurry of acquisitions and product launches, from the $1.1 billion purchase of Tumblr to the rollout of a pair of digital magazines focused on food and technology earlier this year. The company is reportedly eyeing a move into the premium online video space currently occupied by Netflix, Amazon and Hulu. Mayer indirectly addressed reports of Netflix-like content coming to Yahoo, saying, “We want to make fewer, more focused investments in the content space in terms of Yahoo originals.”

These moves have yet to translate into significantly more revenue for the company, though they have helped Yahoo eclipse Google as the most trafficked set of websites in several months over the past year. Mobile use is also up significantly, with 430 million people now using Yahoo’s mobile apps and websites each month.

Investors seem content to let Mayer continue tweaking Yahoo’s core formula because of the breakneck growth of Alibaba, Yahoo’s prized Chinese investment. Alibaba, which runs an online marketplace, a cloud computing service and several other businesses, posted $3 billion in revenue for the fourth quarter of 2013, a 66% increase from the year before (it reports earnings a quarter behind Yahoo). The company’s net income was $1.6 billion for that quarter, more than double the year before. The growth largely came thanks to a Chinese holiday in November, when more than $5.7 billion worth of goods were sold on Alibaba’s websites.

Alibaba’s strong results will continue to buoy Yahoo’s stock price as the Chinese tech giant prepares for an IPO in the U.S. Analysts expect the offering will value Alibaba at up to $150 billion, generating a huge payday for Yahoo. 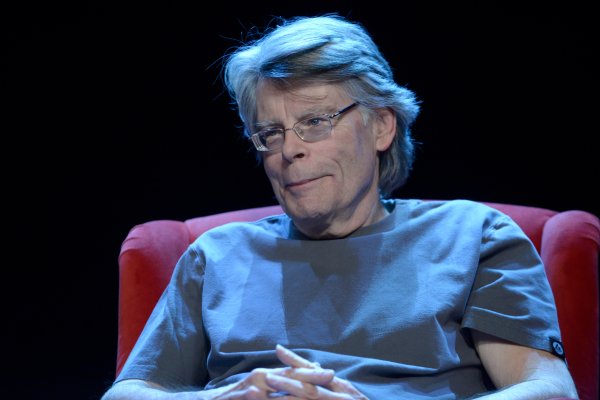 Five Pop Culture Documentaries That Hollywood Should Make
Next Up: Editor's Pick