Iceland's Penis Museum Got a New Specimen — And a Documentary

Sigurður “Siggi” Hjartarson has something to say about the collection of penis specimens that comprise the Icelandic Phallological Museum: “I hope people realize this is not a joke.”

But as Hjartarson, a former teacher, relates in the film, that collection came together in a roundabout fashion. After he acquired a bull’s “pizzle” in 1974, he started to receive penis specimens as joke gifts — and then, he tried to diversify his collection, and eventually complete it. “It’s just like any other collector’s mind,” he tells TIME. “You never get enough. Collectors, that’s how they think. They always want more specimens or different ones.” By the ’90s, his family objected to the amount of space the specimens took up in their house. In 1997, he opened a small museum with 62 items; it moved from the small town of Húsavik to the capital in 2011. Hjartarson has retired, but his son now runs the operations, and today the museum has specimens from every single mammal in Iceland as well as many foreign species, for a total of nearly 300.

And yes, that’s every Icelandic mammal — which means humans, too.

In fact, that’s just what the movie is about — the question of which human male would have the honor of donating to the museum first. The two top contenders are elderly Icelander Pall Arason, a noted womanizer, and a younger American named Tom Mitchell. We won’t spoil which one of them ends up contributing the titular member, but Hjartarson says that the film’s framing as a competition between the two — though it makes for a nice narrative arc and is good publicity for the museum — doesn’t entirely reflect reality. “I wasn’t altogether too happy about it but that’s a different matter. This is their film and I’m not intervening in any way,” he says. “I was getting so tired of it in the end because they were always asking only about the human [specimen].”

Which is why he asks that viewers keep in mind, as they watch The Final Member, why he wanted the human penis in the first place. There’s no difference, to him, between a human penis and that of a seal or a whale or a fox. Each one is part of a large collection — and it just happens that one had a movie made about it. “The human is not really special,” Hjartarson says. “It’s just one of 96 different species I’ve got.” 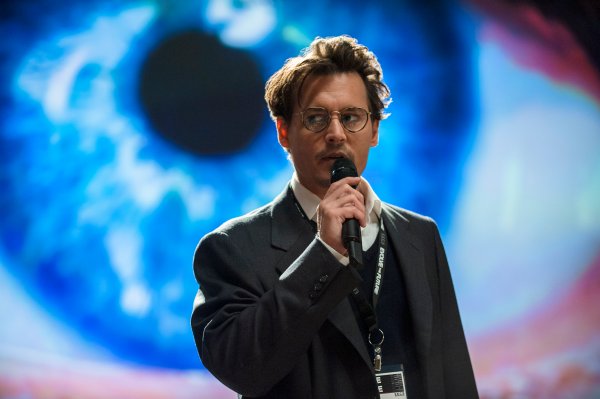 Transcendence Only Has Artificial Intelligence
Next Up: Editor's Pick