At this late date, in an age when seemingly every significant photograph of the past 150 years has been anthologized and analyzed, how many major 20th-century photographers can possibly remain under the radar of both the general public and photography aficionados? How many discoveries of unknown, genuinely great photographers can we possibly expect?

A show of pictures made by Russian-born Roman Vishniac, opening Jan. 18 at New York’s International Center of Photography, answers both questions with an emphatic, at least one.

It should be noted at the very outset that Vishniac did not toil in utter obscurity. In fact, he has long been celebrated in the Jewish community for his empathetic and intimate documentation of shtetl life Central and Eastern Europe in the years prior to the rise of the Third Reich and the cataclysmic onset of the Second World War. One Vishniac book in particular, A Vanished World, has for decades held pride of place in countless Jewish homes — a secret history, of sorts, that at-once documents and partially mythologizes a cultural landscape that was all but wiped away by the Holocaust.

The ICP exhibition, meanwhile, Roman Vishniac Rediscovered, will feature largely unpublished photos, with the stated aim not only of introducing Vishniac to an audience that knows little or nothing of his work, but of positioning him as one of the great social documentarians of the mid-20th century, whose pictures stand comparison with Cartier-Bresson or Eugene Atget.

According to ICP’s Maya Benton, who curated Rediscovered, Vishniac’s known body of work is really a narrow (albeit excellent) entry point to a much broader appreciation of his vast and varied archive. A mere one to two percent of his photos have ever been published, Benton points out, suggesting that the exhibition’s broad scope — including his work in photo microscopy, personal correspondence and other treasures — will be a revelation not only to the uninitiated, but to those who might have felt that they already knew all there was to know about the long-unheralded master.

Liz Ronk is the photo editor for LIFE.com. 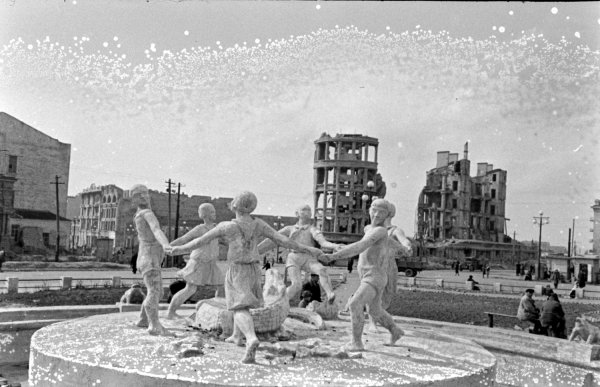 Stalingrad, 1947: A World in Pieces
Next Up: Editor's Pick