Get the Xbox One April Update Today, Including Kinect Tweaks and Friend Notifications

Larry Hryb, Microsoft’s director of programming for Xbox Live, writes that the April Xbox One update started rolling out last night, and that the following list of features should be live now, or available “over the next few days.”

Along with the the usual presumptive bug fixes, the update adds a feature Xbox 360 owners have been enjoying forever: friends list notifications; when friends sign into Xbox Live on Xbox One, you’ll now see an alert.

“This was one of the most frequently requested features, so we made it a priority to include it in this update,” writes Hryb, adding that friends in multiplayer will now be identified as such in the list. I’m not sure why this wasn’t present at launch. Maybe the company worried these kinds of notifications were annoying (and they can be, especially if you have a big list of very active Xbox Livers, thus I assume the new notifications can be disabled, too).

Microsoft’s still chipping away at Kinect’s uneven gesture-recognition algorithms, which Hryb says the company’s updated “to reduce false positives on non-hand objects triggering gesture commands.” Voice recognition has also been fine-tuned “for quality and reliability.” Speaking of audio, the controller and headset firmware’s been updated to “reduce audio static and improve wireless connectivity.”

If you’ve had trouble keeping track of large game or application saves and updates, there’s now a game save progress bar that’ll keep you apprised of what’s what, and Hryb says you’ll be able to easily identify what’s being updated (or been updated recently).

Xbox One’s GameDVR feature — the ability to capture gameplay video clips, then edit and share them via Upload Studio — now offers better video quality using an improved compression algorithm, and Microsoft’s tweaked its Blu-ray player to support 50 Hz video output (which, as I understand it, essentially means you’ll be able to watch region-free imports, e.g. Europe-originated content). Hryb adds that Microsoft plans to update the Xbox One’s Blu-ray Player app “in the coming days” to “round out these improvements.”

Last but not least, Microsoft’s finally added an option to manually update the Xbox One in system settings (Hryb says it’ll only be there if there’s an update in the wings — you won’t need to click it to check, in other words; you’ll know there’s something available simply by its presence). I’ll golf clap to that. 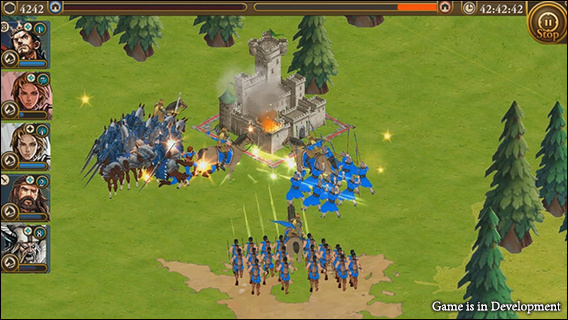 Age of Empires Is Going Free-to-Play, Like It or Not
Next Up: Editor's Pick