Reminder: Nobody Has a Clue How Many Wearable Devices Will Sell in 2018

Jason Snell of Macworld thinks that the pundits who think it’s absolutely vital that Apple dive into the smartwatch market–such as analyst Trip Chowdhry, who predicts doom if the company doesn’t make a move by next month (!!!)–are a tad overexcited. Referencing another post by iMore’s Rene Ritchie, Jason argues that smartphones are going to remain by far the biggest, most profitable category of gadget for years to come, even if they aren’t as much fun to talk about as a nascent field like wearables.

Jason and Rene are two of the smartest people who write about tech, and both of their pieces are well worth reading. I agree with most of what they say. But in his piece, Jason buttresses his skepticism by quoting some stats from research firm IDC, which is part of my former employer IDG:

IDC could be right: Maybe the industry will sell 112 million wearable devices four years from now, give or take. But it’s worth noting that back in 2009, the company forecast that 280 million smartphones would ship in 2013, rather than the billion units which it eventually determined did ship in that year. If the firm is off by the same percentage in its 2018 forecast, the industry will move around 400 million wearables in 2018, not 112 million. Though smaller than today’s smartphone market, that would make wearable tech a dramatically bigger deal than IDC is currently anticipating.

But you know what? I think it’s also possible that the real figure will turn out to be fewer than 112 million, or far more than 400 million. We simply don’t know enough about what the wearables of 2018 will be like to form meaningful opinions on the subject.

I’ve squawked in the past about other long-range forecasts of this sort, but even more than most categories, this one has a future that’s shrouded in mystery. The smartphones of 2014 are much nicer than the ones of 2009, when IDC made its 280-million unit estimate, but they’re recognizable as the same beasts. Today’s wearables, on the other hand, are so immature that for the category to matter at all four years from now, it may have to change in ways we don’t yet understand. (Many of the current models still feel like experiments, not mass-market consumer products–sort of like the earliest MP3 players of the pre-iPod era.)

Although I usually try to steer clear of making tech predictions myself, I am willing to make a bold one about the wearable market in 2018. I hereby declare that whatever it looks like then, the chances are zero that anybody will exclaim, “Gee, this was all so utterly predictable back in 2014.” 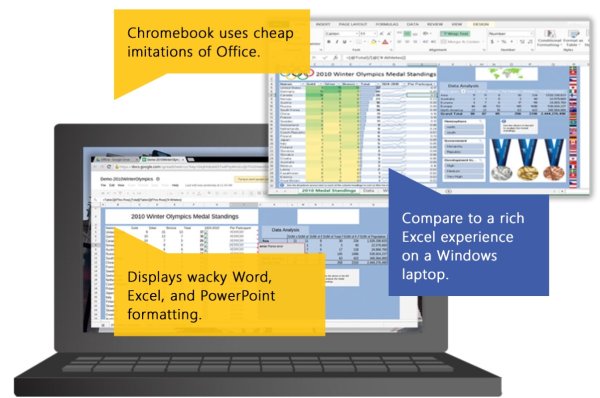 Is Microsoft's 'Scroogled' Era at Long Last Over?
Next Up: Editor's Pick