A police car is seen at the entrance of the Jewish Community Center after three were killed when a gunman opened fire on April 13, 2014 in Overland Park, Kans.
Jamie Squire—Getty Images
By Reverend Benedict Varnum and Reverend Gar Demo

St Thomas the Apostle lies within a mile of the sites where a shooter targeted Jewish communities yesterday, killing a man, a woman, and a teenaged boy from our neighborhood of Overland Park. Our members attend activities at the Jewish Community Center, and we have had members in residence at Village Shalom. Many of us know people who are affected, and some of us knew the victims and their families. For all its size and population, Overland Park is a small town; we know each other, and we care for one another.

As we heard the first terrible reports, we determined to hold a vigil – to offer a place to come together immediately as a community. Rabbi Jacques Cukiekorn of Temple Israel helped us plan, with hymns and prayers from Judaism and Christianity. We announced by local news that we would open our doors, and hundreds came: families and neighbors, and dozens of youth who had put on school shirts and theatre shirts in support of the young man who had been killed.

We offered prayers – not only for those who had been killed but that such broken places might be healed, and that we might have the courage to respond not by learning to hate, but by choosing to love more fiercely. We prayed that we might act to build a more just world.

But surely the most powerful moment came when a woman named Mindy Corporon explained who she was: the daughter of one man who’d been killed, and the mother of another – a teenage boy.

Mindy spoke to our assembled neighborhood, thanking everyone for coming. She explained the random events that caused her father to be the one taking her son to this audition, as the rest of the family juggled sports and other activities, finally summarizing it with profound words: “We were in life; we were having life. And I want you all to know that we’re going to have more life, and I want you all to have more life.” These were the words of a woman who had lost both father and son only hours before.

Our Christian community had entered Holy Week that morning, with a service of palms remembering that Jesus entered into Jerusalem. Later this week, we will hold services on Good Friday – a day that has been used in history for evil by other Christians, who encouraged it to be an occasion for violence against Jews. It is a sober reality that Christian churches have their place among those who have helped create the terrible lies that teach hate and violence.

Our parish and Temple Israel have worked against this idea of division, and worked to build on what unites us. When Temple Israel began, we offered them space at St Thomas for their Sabbath worship until they could build their own synagogue. Rabbi Jacques has taught classes about Judaism for our members, and co-led a trip to Israel with members of both communities. Two years ago, Temple Israel returned to hold their Passover Seder meal in our church as we held our Good Friday services – two traditions in friendship on a day that had formerly taught hate, celebrating our faiths in two rooms under a common roof. As our service ended, they welcomed a number of us to join them in their celebration. This is the strength that we leaned on together yesterday, as violence targeting Jewish centers killed Christians. And we will continue to build up that strength.

The Jewish Passover begins this week, and we will again open our space to our neighbors. The Christian Holy Week continues as well, and Good Friday will be a moment when we repent of our role in the sins of the world, and face the stark truth that when God offered a message of love, humanity offered violence for it.

But we will also remember in our celebration of Easter that when we offered violent death, God responded instead with love: raising Jesus from that death and showing that the message of God’s love was not destroyed by our violence, and neither was the commandment to love one another. We held vigil together, because love has not ended, even in the face of grief.

The Reverend Gar Demo and the Reverend Benedict Varnum are Episcopal priests serving at St Thomas the Apostle in the Diocese of Kansas, and worked to organize a vigil service in response to the shootings in Overland Park on Sunday. 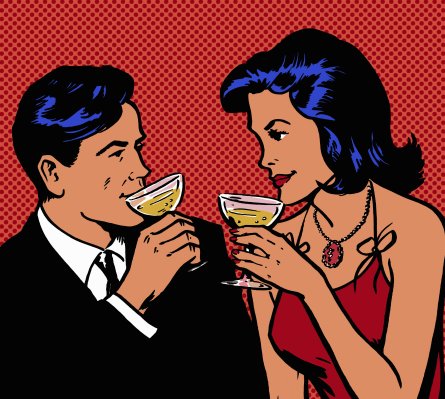 How to Flirt — Backed by Scientific Research
Next Up: Editor's Pick